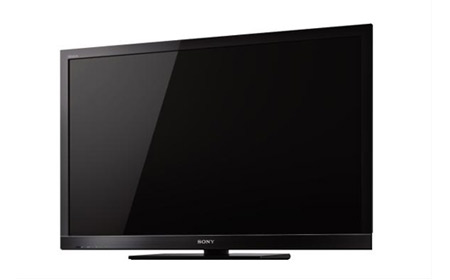 Sony offers technology buffs not one or two but four compelling reasons that may push them to join the 3D revolution. With the affordable Sony 3DTV Bravia HX800 launch model, users are also presented with free 3D stereoscopic game titles for PS3 with all Sony 3D TVs. Exclusive Blu-ray 3D movies wrapped in with selected Sony 3D TVs and Blu-ray players along with a wide range of 3D Blu-ray players and home cinema systems are the others on offer.

Making the enthusing 3D technology available to all, the new HX800 series 3DTV will deliver 3D cinematic capability. Offered at an outstanding consumer value, the stylish and technically advanced 3D compatible TV will be followed close on heels within weeks by additional models in Sony’s 3D TV portfolio.

Users can obviously anticipate the latest 3D technology to be incorporated in all new Bravia 3D TVs. The TVs will be developed upon the company’s most recent 200Hz high frame rate technology enabling viewers to see 3D in full High Definition 1080p fidelity. The inclusion of ‘High Speed Precision’, ‘LED Boost’ and ‘3D Up-conversion’ further up the quotient of the High Definition 3D image.

PS3 users are additionally treated with the roll out of the Sony 3D TVs. Intended to blend well with the HX800, four 3D stereoscopic PS 3 game experiences will be offered to enthusiasts. To be released through the PlayStation Network, these will be available as a free collection to those who buy Bravia 3D TVs. These promotional 3D stereoscopic experiences bundle in wide content right from WipEout HD and Motorstorm Pacific Rift to the humorous PAIN and family friendly Super Stardust HD.

Cloudy With a Chance of Meatballs and Deep Sea Blu-ray 3D discs will also be packaged with select Sony 3D products. Users can also choose to grab Sony Pictures Home Entertainment’s Cloudy With a Chance of Meatballs Blu-ray 3D separately at participating retailers. Moreover, users can also expect affordable 3D accessories which include Sony’s 3D glasses that employ the active shutter technology. Delivering full High Definition 3D, they are tailored for both comfort and stamina and come complete with flexible and adjustable side arms and nosepad. Users can also choose from various colours like pink and blue. They boast of a battery life of approximately 100 hours and an auto shut off function.

The company’s 3D Home Entertainment picture is rounded off by 3D Blu-ray Players and Home Cinema Systems. These should complement the new Sony 3DTV models. The highly affordable S470 which is the ‘3D ready’ Blu-ray player is already in store. It offers full HD 3D Blu-ray disc playback while a 3D firmware update is slated to be unveiled in time with the company’s 3DTVs’ launch. Around the same time users will also get to lay their hands on the S570 model which is anticipated to be the premier 3D playback out of the box. Sony’s complete range of Blu-ray Home Cinema Systems namely the BDV-E370 will also be 3D-enabled.

Sony and FIFA recently also affirmed that they would be filming 25 matches in the FIFA World Cup in 3D. These will be complemented by 3D live broadcasts and a range of public viewing scenarios across the world including 3D promotional trailers for each of the 25 games. Sony Pictures Home Entertainment also looks at releasing the official 3D FIFA World Cup film on Blu-ray 3D during 2010.

The Sony 3DTVs are scheduled to be available around June 2010, though their price is not known.