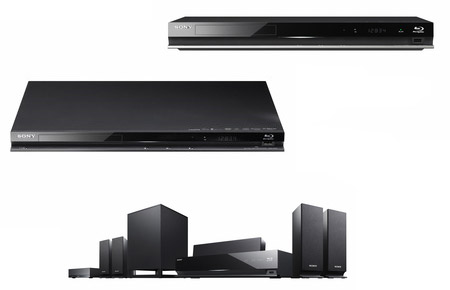 Earlier this year, we had seen how a number of companies had literally put forward their best ‘3D’ foot at the CES, 2010. Well, Sony takes this space a step forward by launching its very first standalone Blu-ray 3D-ready player namely the BDP-S470. The company seems all geared up to bless its entertainment systems with the power of 3D.

The new BDP-S470 player will also be upgraded to play Blu-ray 3D content with a firmware update available this summer. In addition to this, the company also revealed that the previously released BDP-S570 Blu-ray Disc model and BDV-E570 and BDV-E770W Blu-ray Disc home theater systems will also be Blu-ray 3D capable thanks to firmware updates that are slated this summer.

“Consumer excitement for 3D is unbelievably high and Sony is poised to deliver the best possible in-home experience,” commented Chris Fawcett, vice president of Sony’s Home Division. “Involved in every facet of the 3D chain from professional equipment to content production and hardware, Sony is the one company that can lean on its broad expertise to deliver 3D to the home that truly captures consumer imagination.”

Additionally the innovative models are also endowed with Sony’s Entertainment Database Browser using Gracenote technologies. This allows users to browse through key details from a Blu-ray Disc. Another feature distinct to the new models is that they should allow users with an iPhone or iPod touch device to control the players via a free app called ‘BD Remote’. Bundled with enhanced start up and disc loading performance, the models claim to start-up from power off in just about three seconds.