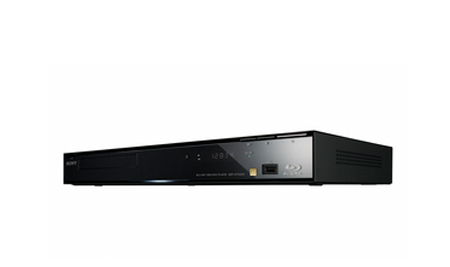 After the successful introduction of 3D capable Bravia HDTVs and Blu-ray 3D home theater systems, Sony has girded up to roll out yet another 3D compatible entertainment device, the BDP-S1700ES.

Entertainment enthusiasts can now easily enjoy comprehensive 3D visual effects with the latest solution in the market. Designed to be sleek, the 3D Blu-ray player comes equipped with IR input on the back panel for easy integration to control systems. It renders built-in Wi-Fi 802.11n and WPS for quick access to Sony’s Bravia Internet Video platform and Qriocity.

iPhone and iPod users can avail the free BD Remote app from the Apple App store to simply control the player from their Apple device. The app will also be made available for Android-powered devices which will enable users to control the player. Apart from this, the app quite impressively displays Blu-ray Disc details such as jacket artwork, actor, production information and more.

The BDP-S1700ES Blu-ray is anticipated to be available beginning August for $400 through Sony outlets.