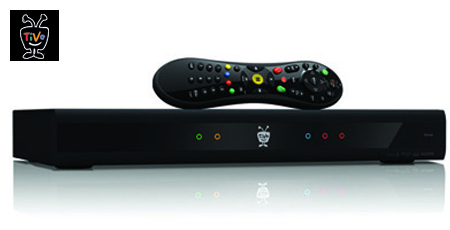 TiVo probably has an answer to the entertainment buff’s ultimate fantasy – the TiVo Premiere and TiVo Premiere XL set-top boxes. The offerings provide users with access to cable programming, movies, web videos and music all in one box. The experience is touted to be devised for HDTVs with two-column and three-column layouts forming the UI. These set-top boxes are engineered around the Adobe Flash platform, include on-screen disk space meters and boast of broadband as also broadcast integration.

“It has never been this easy to get all your entertainment in one place, on the big screen, in HD, right at your fingertips. And the beauty of TiVo Premiere is that finding what to watch is just as fun as the watching the TV shows themselves. We accomplished it by using pictures and graphics to make the whole television guide experience come alive in a way that it never has before,” cited TiVo’s President and CEO Tom Rogers. “TiVo Premiere is your new cable box, it’s your movie box, it’s your web box, and music box; it’s the one box that can give you access to almost anything you want, whenever you want it.”

The Premiere box permits 45 hours of HD storage or up to 400 hours of standard definition programming and has 320GB of storage space, while the Premiere XL box can hold around 150 hours of HD or up to 1,350 hours of standard definition programming. Moreover, the latter offers 1TB of storage, is THX certified and features the THX Optimizer tool. It also comes with a backlit, programmable and learning remote. The company plans to launch a new Wireless N adapter this May and a slide-out QWERTY TiVo remote later in the year for use with the aforesaid devices.

What’s more, TiVo has partnered with Pandora and FrameChannel to bring more content choices to Premiere, TiVo Series3, HD DVR, and Series2 customers. TiVo Premiere and TiVo Premiere XL boxes which are currently available for pre-order, will be out by next month at $299.99 and $499.99, respectively.