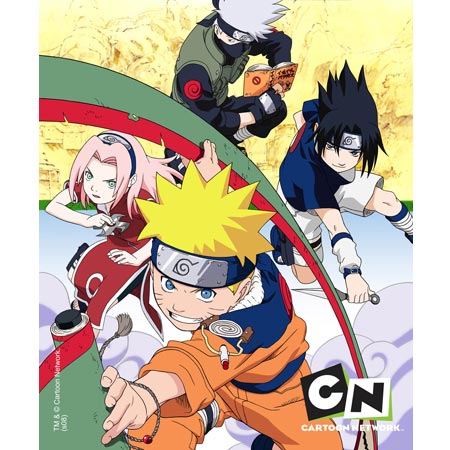 Bid adieu to the boring home dramas and soaps (which itch the eye like literal soap) and welcome Naruto, which makes its debut on Cartoon Network on Monday, April 7 at 9 p.m. The popular anime series, which is an adaptation of the popular manga series Naruto created by Masahi Kishimoto, centers around the protagonist of the same name who is a defiant ninja in training. It will be aired from Monday to Saturday at 9:00 p.m.

For those of you, who had no clue about Naruto before, but are getting intrigued with the above-mentioned details, read on.

Go back in time by 12 years, that’s when the evil Nine Tailed Fox demon frightened The Hidden Leaf Village. The Fourth Lord Hokage, who is the top ninja in the village and its leader, caught the spirit of Nine Tailed Fox inside a baby, named Naruto. Fearing that the Naruto may perhaps adversely exploit the powers he possesses and release the demon within, a rule was made that prohibits anyone to tell him that he possessed the spirit of the Nine Tailed Fox. Raised as an outcast and an orphan, with no one believing in him, Naruto grew up uninformed of the reason that the villagers spurned him.

Years pass, and Naruto, who is now a teenager, attempts to earn the respect of the villagers by training to become the Village Hokage. As a student at the ninja academy, he is sober and hardworking, yet clumsy. As Naruto develops as a ninja, he needs to learn to control his special powers to become the respected master ninja.

So get ready to watch the show to know whether Naruto can overcome his misfortunes and become the best of the best passing through various magnificent death-defying missions, or not.

Just a piece of advice, don’t be misled to think that Naruto on Cartoon Network is stuff for kids. Watch it to know what exactly we are talking about!

Also, if you are new to animé, acquaint yourself with it here!