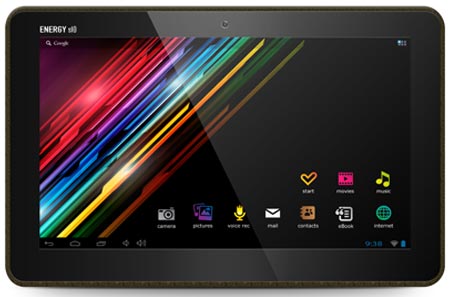 Yet another Android slate to have entered the market scene is the Energy Tablet s10, manufactured by Energy Sistem. This device will go up for sale towards the end of this month, but prospective users can reserve it now through the official company website.

Outfitted with a 10.1-inch TFT LCD 16:9 widescreen capacitive multi-touch display, it is capable of rendering clear visuals in 1024 x 600p resolution. The device acquires intuitiveness from the Android Ice Cream Sandwich platform, while the Mali-400 GPU rests under the hood to ensure improved graphics. The internal working of the slab is carried out under the supervision of the 1GHz Allwinner A10 processor as well as 1GB DDR3 RAM, both of which team up to support multiple applications at the same time. 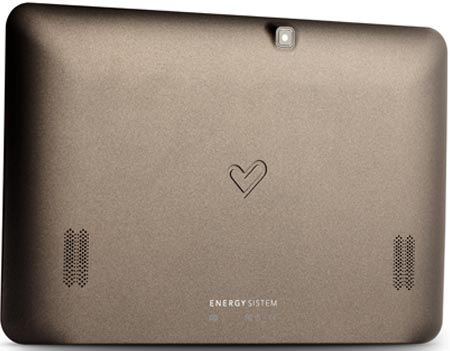 This device ships with 8GB onboard memory and has an expansion slot for increasing the storage by up to 64GB using a microSDHC or microSDXC card. A front mounted VGA camera of 640 x 480p resolution can be employed for the purpose of making video calls over the web and the 2MP rear camera facilitates capturing still shots and videos.

The tablet’s built-in Wi-Fi 802.11 b/g/n ensures wireless internet access wherever there’s an available hotspot. A USB port has been affixed to the device to make it compatible with external flash drives, hard drives and other peripherals. Moreover, it has been incorporated with stereo speakers as well as omni-directional microphone and claims to provide Wi-Fi internet browsing time of up to 7.5 hours.

Energy Sistem’s Energy Tablet s10 price and release date have been revealed to be €195 and September 27, respectively.