End Of Year Esports Roundup And What To Look Forward To

With the winter break coming up for most eSports, we’re now in the season for fun tournaments! Some with big money still to play for but it’s mostly just to enjoy yourself. A prime example is Rocket League, with the RLCS not back until January, we have had the pleasure of the Rocket League Summit 2 to get our fix. This featured a $25k prize pool, one for Europe and one for North America. A 2 group, 8 team format setting up seeding for a small double-elimination tournament bracket. Not only that! We’ve had fun and games, those of you who have watched Rocket League for a while may be familiar with Lethamyr, a Canadian ex-pro who once played for Ghost Gaming before moving onto MouseSorts as a coach.

Between his roles on GG & MouseSports he turned his attention more to being a content creator with his big thing being custom map creation. Well, during The Summit 2 we have had the pleasure of seeing a couple of his maps at work. Day 1 saw teams of casters, accompanied by current pros, playing Tetherball, which uses the ball mechanics of the already existing Heatseeker game mode. Where you hit the ball and it curves towards the goal, however, the arena features a column in the middle, with both goals as hoops on the wall, it makes for some intense fast-paced, crazy gameplay!

On Day 2 the casters had to play on the Capture the Flag map that Lethamyr had made, which features intermittent spike power-ups, 2 different coloured balls and a maze-like structure on the map. The game features 2 teams of 3 with a 10-minute time limit to see how many times they can bring the other teams ball back to their goal, you know, standard capture the flag, but this is in Rocket League. Honestly, I really think Psyonix need to get Lethamyr to work with them to bring his custom maps to the real game without all the hoops you currently have to jump through to play them. It’s refreshing to see!

Enough of me gushing over Rocket League and the brilliant work of Lethamyr, time for some CS:GO talk, while they are currently on their winter break with the next big tournament not coming until January 18th, the BLAST PRemier Global Finals 2020, we’re not here to about that. What we will talk about is the results of some recent tournaments! We’ve got more DreamHack tournaments starting at the back end of January, it’s worth throwing it back to the beginning of December with the DreamHack Masters Winter 2020, EU specifically.

If you’re a betting man like me you may have had a look for some CS:GO DreamHack Masters Winter Europe Picks, and you might’ve made a little bit of money on it and just before Christmas, it all adds up right? In what turned out to be a nervy start for my wallet, Astralis got sent to the lower bracket in their Group B games, losing their first game of the tournament to GODSENT. They had a pretty storming run through the lower bracket, however, taking out Team Liquid and G2 Esports in 2-0 games back to back to set themselves up for the playoffs, funnily enough, GODSENT also got through to the playoffs through the lower bracket after getting beat by the future finalists MouseSports in their second game! In the playoffs Astralis went into cruise control it seems as they took back to back games against Gambit Esports and FURIA Esports in back to back 2-0 wins again, making their way to the playoff final against MouseSports who were arguably up there as favourites to win after their solid performance in the BLAST Premier 2020 Fall Showdown.

The final however did not go as MouseSports might have hoped. Their first game was a disaster, they won 5 rounds on the Terrorist side, before dropping 6 in a row as CT to lose game one on Train but they came back swinging hard for Inferno. They won 16-3 with ropz putting up a big 23 kill game! The game was about to get really intense however, game 3, Nuke. Astralis ran this out 16-13, device was dominant here with 29 kills, picking up first blood 5 times. He was on fire and Astralis would be hoping he could keep this up moving into game 4, picking up 20 AWP games on Vertigo it seemed he would be well on his way to carrying Astralis to the win. Ropz wasn’t going to go down without a fight, he picked up 35 kills in this game, THIRTY FIVE, unfortunately, it wasn’t enough and after moving into overtime Astralis ended up taking the map 22 to 19, taking the tournament and $60k of the $150k prize pool! Needless to say, it’s games like these that get us hyped for esports, while it’s always been big, it can only get bigger right? Here’s hoping we can get back to more frequent LANS in 2021, once this COVID-19 vaccine is rolled out across the globe! 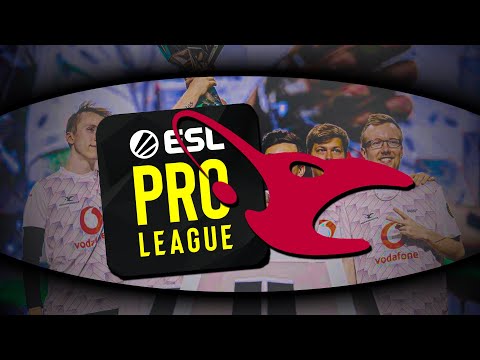 As always we’d love to know your thoughts on, well, everything esports, upcoming tournaments, past results, things you like/dislike and what you’d change as some examples! Let us know! Lastly, Merry Christmas to you all from all of the team. Hope Santa brings you what you’re after!