The upcoming Moto X+1 from Motorola doesn’t look like it’s set to be unveiled anytime soon, but its leaks are continuing nonetheless. An apparent image of the said smartphone has leaked out in the open, giving us a good look at its front surface.

This device seems to have been wrapped in some sort of a protective coating which is why its back panel is not visible in the image. From what can be observed, it seems like Motorola has gone for a front speaker grille on the Moto X+1 instead of a rear one which we had seen on its predecessor. This design decision is reminiscent of the one we have witnessed on the Moto E which was launched earlier this year. 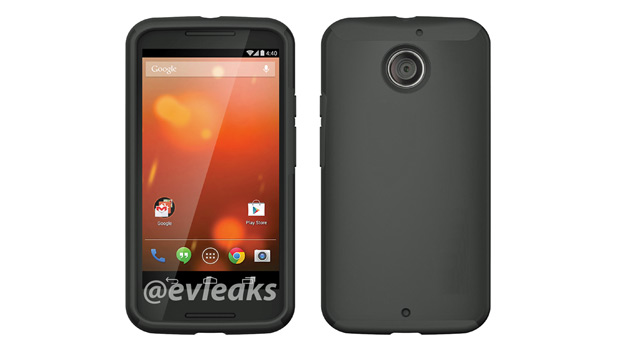 Coming to its rear side, the camera lens seems larger than the one which its precursor carried. Given that many including us were not quite impressed by the Moto X’s rear snapper, the company seems to have addressed the complaint this time around. The device in the picture which has been outed by EvLeaks is seen running the stock version of Android which is something its predecessor was appreciated for, as it guarantees quicker software updates.

Here’s a look at the leaked specs of the Moto X+1:

The Motorola Moto X+1 is apparently set to debut during September with enhanced customization options which will also include leather back panels apparently. We’ll keep you informed about all the latest regarding the handset.