Elmedia Player for Mac – a multi-format player and video downloader 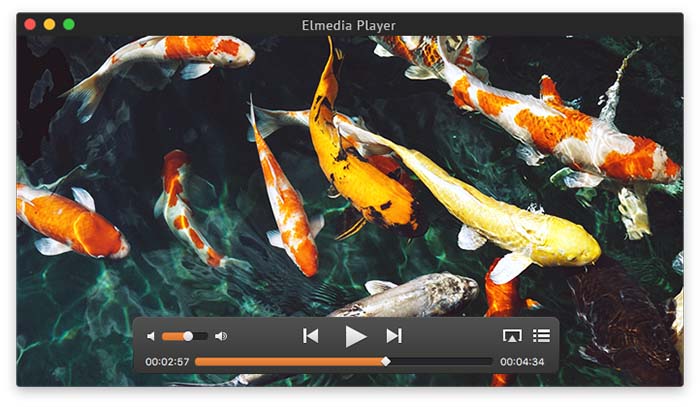 Elmedia Player is a quite versatile app – this media player can play pretty much any video or audio file you’ve got and many prefer it over QuickTime. The supported file types include FLV, SWF, WMV, AVI, MOV, MP4, MP3, DAT, FLAC, M4V, MPG, MKV and the list goes on. There is more to Elmedia Player than just video and audio playback. Its PRO version allows you to download videos available online to your computer and watch them later even when you are offline.

With Elmedia Player PRO you can easily download various videos on your computer including those streamed via RTMP or embedded through HTML5 (news channels use those). Of course ever so popular video hosting websites like Metacafe, Vimeo, Dailymotion, Facebook, Yahoo, and YouTube are all supported.

A native video tuner is also offered by Elmedia Player PRO, which is a handy way to adjust contrast, brightness, saturation and other parameters of a video image. You can customize the sound with a 10-band graphic equalizer or use one of the presets. Elmedia works well with external soundtracks and subtitles. Some of the app’s highlights are:

Generally Elmedia is a free player, PRO version is a pleasant extra that you can invest in. Both Free and PRO versions share a lot of great features, like playing all sorts of videos and extended subtitle support. You can download subtitle files in various languages and then use them for your videos for learning purposes. Same with external soundtrack. For example you can merge your favorite French movie with an English soundtrack that you found at a different source.

There are a few issues here and there with SWF playback and online video downloading, but those are pretty minor and are generally well resolved with the support team of Elmedia Player developers. Ease of use and versatility makes this player a pretty coveted piece of software.

Get free Elmedia Player here and let us know what you think.