Educational Operating Systems: What Are They?

Tech is in education. It’s predicted that tech jobs will grow in the future and that people with coding knowledge will be in high demand. It’s expected that coding knowledge (albeit even a small amount) will be of great importance in the future. It comes as no surprise that there has been a growing push to get kids into coding and used to teach at an early age.

To make this happen, operating systems focused on education have been developed. There are plenty of these systems in the market, so you need to make sure you get the best operating system. We have focused more on Linux OS for education as it’s an open source, affordable and widely available.

With that said, let’s have a look at 5 operating systems that are geared towards education.

To start with our list, let’s talk about one of the more popular educational operating systems, EduBuntu. Does the name sound familiar, well this OS is a variation of the popular Windows alternative, Ubuntu. It’s built on the reliable Linux system and is supported by a strong Linux community.

The software was built from kids aged 6 to 18. The system was built in collaboration with Educators around the world to ensure that the system serves its purpose as a great education source for kids. The system is built for teachers in mind as well as you don’t need a lot of technical knowledge to set it up in your computer lab or PC.

Edubuntu comes packed with a number of useful education programs such as the KDE Edutainment application suite. What we love about this OS is that there is no need to reformat your PC if it’s already running Ubuntu. You can simply turn the Ubuntu software into Edubuntu through a series of steps.

Unlike the first OS on this list, UberStudent is geared more to older students, students in secondary schools and higher learning institutions. The software is aimed at helping students improve their core academic skills such as reading, writing and research skills.

Some of the applications that help reach this goal are Freeplane for mind mapping and Zotero for research reference management.  The Education menu is what stands out the most with this OS. It has all the applications and tools a student would need. It’s organized into categories and subcategories, making it easy for users to locate what they need.

Professional dissertation writers are known to use this OS for making their work easy. With this educational OS, you also might use it for writing projects like dissertations, research papers and all other college assignments.

A similarity this OS has with EduBuntu is that they all are built on top of the popular Linux operating system. The OS is dubbed “Linux for learners” and is aimed at helping students and educators improve computer fluency through a wide range of software geared to the users.

The software is also made with ease of use in mind and can be used by people who aren’t tech wizards. The installation process is simple, especially for people that are familiar with the Ubuntu operating system.

This might not be the most famous or most used of the operating systems on this list. This is because it’s limited to a certain locale. MaX stands for Madrid Linux. It’s an operating system that is sponsored by the Office of Education in the community of Madrid.

Like the other programs on this list, it’s made on the Linux system and is simple, reliable and most importantly stable. The system is used by most schools in the community of Madrid and is part of the effort to bring computer literacy to the kids in the community. 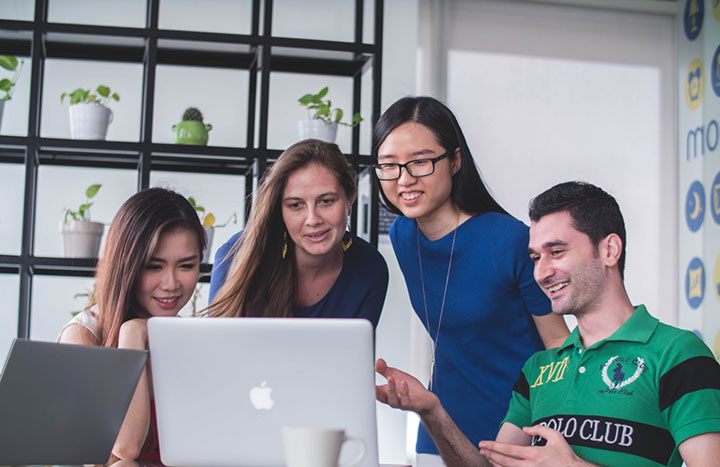 It contains all of the usual desktop applications such as LibreOffice and Chromium, but also has other interactive programs. You can try the operating system if you’re from a Spanish speaking region. You can get it on USB or as a live DVD.

The “4” in Qimo 4 Kids wasn’t an accident, it’s meant to be there. We have covered educational operating system for students in higher education and older kids, now let’s look at the younger ones. If you’re looking for an educational OS for kids, then Qimo 4 kids is perfect for that.

Qimo 4 kids was made to be used on a standalone setup and not as part of a network configuration. The OS is free and built for kids with pre-installed educational games such as Tuxpaint and Tuxmath.

It allows kids to learn things like Math and coloring in a fun and interactive environment. It also employs the use of large colorful icons to make navigation easier for the kids. One important point to note is that the OS is available for download, but the project was discontinued in early 2016.

MINIX 3 is an open source software also built on top of the Linux system. It’s a successor to the MINIX 1 and 2 systems made previously. It has a long history having been originally developed in 1987. The MINIX 3 operating system is now used in the Intel Management Engine due to its efficiency. It’s meant for use in embedded systems as well as education.

The operating system is made to be used to teach operating systems for students in higher level education. The system was redone in 2005 to make it a highly reliable system with the ability to be fault tolerant. The idea behind this is that the system would detect and repair its own faults without the need of user intervention.

You could also go with the more conventional options such as iPads, Windows and Chromebook. Educational operating systems are only going to grow in terms of user base thanks to the penetration of tech in most areas of our lives.

Jeremy Reynolds is a well-known personality in Edutech sphere. He has worked as a consultant for some of the well-known tech companies developing newer and better ways of making learning easier. He shares his experiences through his personal blog. In his free time, he loves to play soccer, read sci-fi books and try his hand in cooking. He can be reached via Twitter.