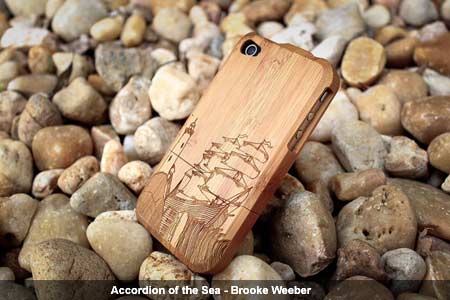 A bunch of creative engineering minds with a love for everything Apple have come up with eco-friendly iPhone cases made from bamboo called the Artist Series by Crisp, and have turned to one of the most popular crowd funding websites to get off the ground. The cases will be made from homegrown carbonized bamboo and will feature multiple layers of laser engraved artwork, mostly from local artists. The makers even allow those interested to upload their own designs which will then be processed and engraved on their case.

The bamboo serves several purposes. For one, it’s strong. Then there’s the fact that, keeping the ecosystem in mind, it’s the perfect canvas for artistic expression. Another reason cited is that the material is aesthetically pleasing. Each case is hand-sanded and hand-finished in keeping with Crisp’s ‘appreciation of the arts.’ And the finishing oils are lightly orange-scented. 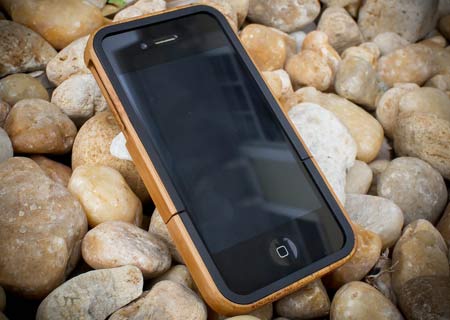 The contour cut-outs are made to fit practically all kinds of accessories such as docks and headphones. So whether users prefer the standard earpieces or high-end headsets with bigger jacks, it shouldn’t be a problem. They guys at Crisp claim that the case doesn’t get in the way of a button on the iPhone. To top it off, there is a front bezel that flows seamlessly with the Apple device’s screen.

The Crisp bamboo iPhone case project on Kickstarter has a goal of $10,000 with 44 days left before it closes on September 21. Although launched just a day ago, the project already has 12 backers and is almost $500 in. Fans of the unique start-up can back the project for as little as $5. The cases will be available for the iPhone 4 and 4S, as well as the new iPhone, when Apple decides to launch it.

Those who pledge $40 are entitled to an early bird special which includes one case with a featured design from one of Crisp’s chosen artists. As of going to press, only 13 spots were left. Pledges go right up to $600 and if funded, deliveries are scheduled to begin in September.