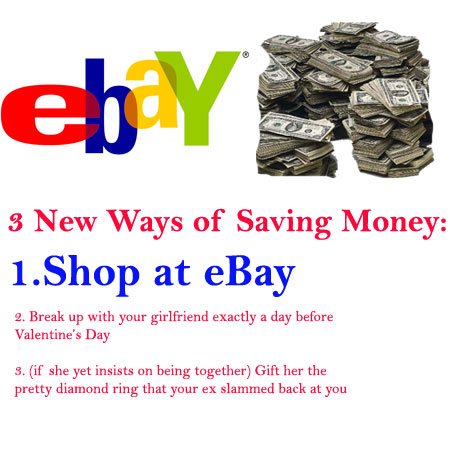 If your momma is shouting at you on being overly spendthrift, then read on to know how you can save some money and perhaps buy momma a gift from that money itself.

According to a newly conducted study, bidding on eBay auctions can result in you shelling out lesser money from your wallets. The study which was carried out by researchers at the University of Maryland notes that eBay bidders saved as much as $19 billion in 2007 at the American auction site.

Two associate professors at the university’s Robert H. Smith School of Business – Wolfgang Jank and Galit Shmueli noted that the users of eBay collectively saved more than $7 billion in 2003.

Jank and Shmueli worked with Ravi Bapna, an associate professor at the Indian school, for the study. He ran a sniper website called cniper.com that helped bidders in automatically placing bids during the last minute of auctions. Through the site Bapna could estimate the “consumer surplus”, which is the difference between the actual purchase price paid for auction items and the top price bidders quoted that they were willing to pay. At an average, a minimum of $4 were noted per auction.

Shmueli maintained, “This is the first time consumer surplus has been quantified in online auctions.” Adding, “You just can’t quantify this for traditional retailers.”

Jank added that buyers, sellers and the company itself benefit with the eBay auctions.

In the 4,500 auctions studied by the researchers, it was found that users often won items before reaching their maximum bid, thus savings is obviously the biggest reason why users gather at eBay. But it’s also important to note that sellers miss out on some of the money they could collect, as per the study.

Their complete study, titled “Consumer Surplus in Online Auctions,” will be published in the forthcoming issue of the Journal of Information Systems Research.

All the same this study doesn’t take into account a few things such as shipping costs. Another important thing to note is that at the end of the say eBay does auction items that are not necessarily brand new. And not everybody would want something that has been used by someone else previously.