Easy Ways To Connect Laptop To a TV 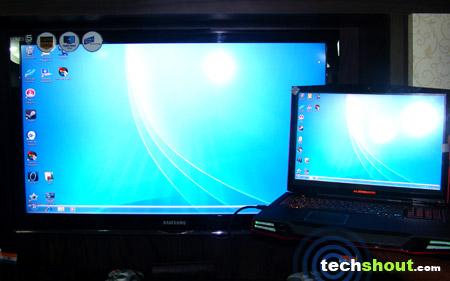 If you’re wondering how to get your favorite videos from a notebook up on the big screen, then you’ve stumbled into the right place because, our easy ways to connect laptop to a TV comprises of the most common methods to help you get the job done. We’ve all got some awesome stuff stored away on our hard drives and sharing them with friends is at times inconvenient, especially when there’s a group of people and only one 15-inch display. So here we are showing you how to rid-out this underlining problem in four simple methods. They may be old or new but, almost every laptop supports the video-out connectivity and if you’ve got an old box television set, don’t fret – our easy ways to connect laptop to a TV has got that covered as well. Before moving on, do check if your television and notebook meet our specified requirement of compatible input and output ports such as VGA, HDMI, S-Video, RCA or DVI as well as cables for the same. Also, a little messing around with the computer’s display settings is imminent. 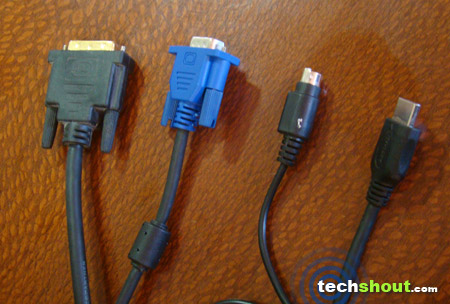 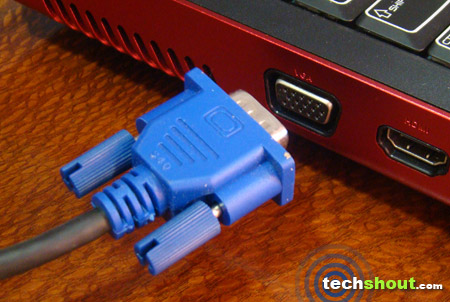 1. VGA – Supported by every new LCD or LED TV, VGA or Video Graphics Array is one of the most widely used methods of connecting a computer to its monitor. To check if your television screen supports this mode of video input, slide the display in front and search for a blue-colored (normally blue) trapezoid-shaped port equipped with 15 pins, 5 on each line and is generally denoted by a relevant symbol. 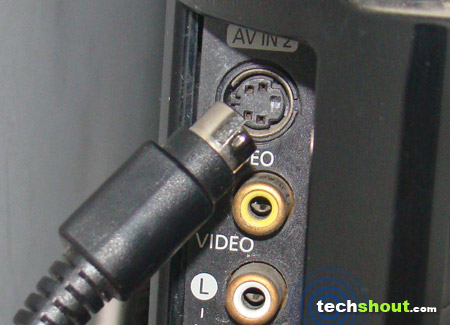 2. S-Video – Also known as Separate Video, S-Video ports are easy to locate due to its similar appearance to input devices such as a mouse and keyboard. Being circular in shape, a standard S-Video cable head hosts 4 pins and come in 7 as well as 9-pin heads also. So, if your laptop has a 7-pin port and the TV hosts a 4-pin input, there’s no way of getting them connected through this method. Quality wise, this mode of video transmission is capable of portraying a 460i resolution. What’s more, if your notebook is equipped with an S-Video port and the television isn’t, you could always get a RCA (red, white and yellow cables) to S-Video cable. 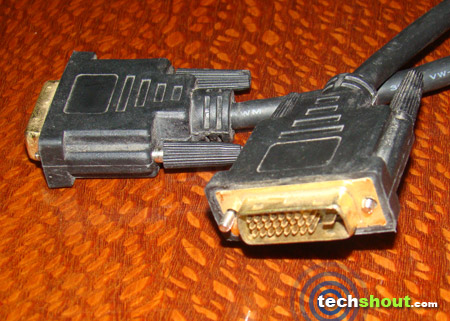 3. DVI – DVI ports can be found in most HDTVs but, their availability on laptops is scarce. To know if both the TV and notebook host DVI ports, look out for a rectangular-shaped socket with a number of pin holders or you could refer to the image above. If your notebook is fairly new, chances are it won’t have a DVI port. In such cases you could use a DVI to HDMI converter to get both devices connected. 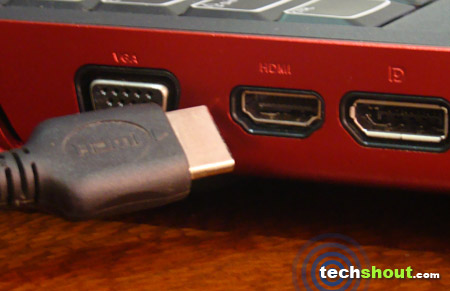 4. HDMI – HDMI or High Definition Multimedia Interface can be found on all modern notebooks, LCD and LED TVs as well. Capable of carrying visual content in 1080i full HD, these cables can also transmit audio to the television set. Additionally, you could purchase a wireless HDMI transmitter that is, if you want to cut all chords and stay hassle free. 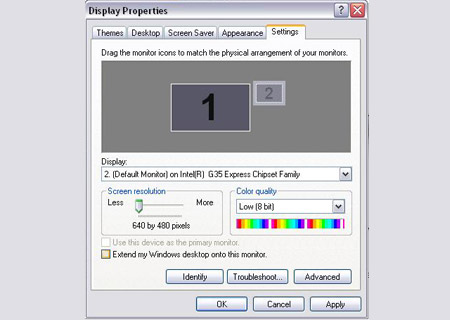 So here’s the part where we’re going to mess around with the laptops display settings to connect the laptop to a TV but, before we do so, it’s time to plug in the cables. Now that you’ve located the port through which the notebook will transmit video onto the TV, pick up the appropriate cable and let’s get started.

1. Firstly, make sure there’s no dust covering your sockets as it could cause a disruption in the transmission. If you do encounter some, a simple blow should do the trick.

2. On plugging in both sides of the cable, one into the television and the second in the laptop, grab a hold of the television remote and set it to the appropriate mode such as HDMI when using a HDMI cable, HD video or DVD for S-Video and DVI, A/V in if you’ve taken help of the RCA to S-Video converted or PC for the VGA adaptor. Also, make sure the cable heads are firmly fitted.

3. The display should automatically shift from the laptop to the TV set. If not, pressing fn + F5 buttons located on the keyboard should allow you to choose between different modes. Additionally, XP users can modify the display settings by right-clicking on the desktop and further clicking on the ‘Properties’ option. Under the ‘Settings’ tab select the second monitor from the drop-down list under ‘Display,’ select OK and you’re done. 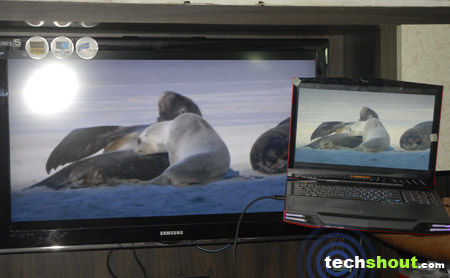 If you’re unable to locate any of the ports we’ve mentioned in our easy steps to connect laptop to a TV, you could always refer to the product manual or give the company’s customer service a call. The entire process shouldn’t consume more than five minutes. So, get to it and do let us know how things worked out for you.