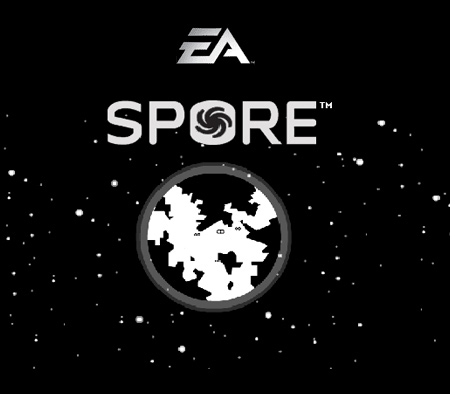 Sometime later this year, EA will launch the Spore title for the Mac, announced the videogames developer at the Macworld Expo. In Spore, creative professionals will get an opportunity to explore the intensity of their personal galaxy. Interested gamers can get an exclusive glance of the same at the Macworld Expo in San Francisco, CA all through this week.

Spore is the work of Will Wright, the man behind The Sims game. Speaking about the new game, he said, “We couldn’t be happier to bring Spore to the Mac at the same time as the PC version. Spore is a highly creative game and I look forward to seeing what the players come up with to fill the universe they design.”

Developed on TransGaming’s Cider Portability Engine, Spore also seeks experience that has been acquired from the past EA Mac titles.

In Spore, players can create and evolve life, establish tribes, develop civilizations and even form entire worlds. There is an array of creation tools that players can use which will enable them to customize virtually every facet of the universe, including creatures, vehicles, buildings, and even spaceships. Though essentially Spore is a single player game, your creations and other players’ creations are automatically shared between your galaxy and theirs, offering a limitless number of worlds to explore and play.

“I am excited that we’ll be able to bring Spore directly to the Mac community. The intuitive Creature, Vehicle, and Building Creators in the game are so powerful that the possibilities are limitless. Players can create anything they can imagine and see them come to life in the game,” mentioned Lucy Bradshaw, Executive Producer of Spore.

There are five phases in the title, where each corresponds to a stage of evolution: cell, creature, tribe, civilization and space. A new set of challenges and targets are out forth at every stage. Where you start and what you do is decided by only person –and that is YOU!

In addition to the Mac version, a PC version of EA’s Spore is also on its way. The game on both the platforms will incorporate the complete experience of cell through to space with editors for designing creatures, buildings, and vehicles.