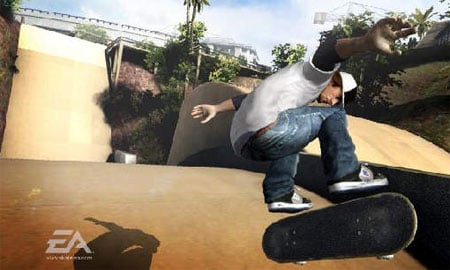 Electronic Arts has announced the release dates for its award-winning SKATE video game for the Xbox 360 and PlayStation 3 console platforms.

EA’s SKATE videogame will be released on September 21 this year in Europe for the Xbox 360 console, while the PS3 will see an October 12 launch in Europe.

In EA’s SKATE game, everything you do works towards getting you coverage in two of skate boarding’s premier magazines namely Thrasher and The Skateboard Mag. Now, you must know that coverage also means more sponsors, money and fame.

Also, if you make the cover, you could get an invitation to skate in the X Games- the world’s top skateboarding competition. You’ll be able to throw down on the street course and go huge in the Skateboard Big Air event, innovated and dominated by two time gold medalist Danny Way.

And, if you cannot wait to get your hands on the game, then EA’s has taken care of this. EA has also announced that it will release a SKATE demo on Xbox LIVE Marketplace on August 15.

Also set to be featured in the SKATE demo is the innovative skate.reel feature where gamers can capture video footage of their skate sessions at any time during the demo, after which they could share it online at www.skate.ea.com for others to view, rate and comment on.

The innovative Flockit controls take advantage of the dual analog sticks and the ability to sculpt tricks that define your own style.