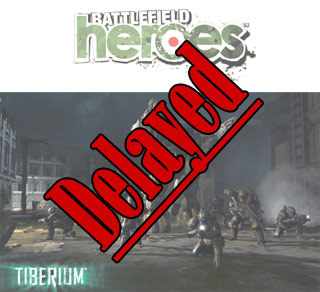 EA has some upsetting news for gamers who were anxiously waiting for the company to release its new titles. The release of the most anticipated games from EA namely, Battlefield Heroes and Command & Conquer FPS Tiberium has been delayed by the developer.

EA’s Battlefield Heroes was announced earlier this year and was scheduled to be released by this summer. However EA has postponed the launch of the game till the end of the 2008.

On other hand and the squad-based action game based in the Command & Conquer universe seems to have been delayed the most. The game will now release in 2010 fiscal year. Earlier the game was expected to hit the market by autumn 2008.

Let’s hope the delay means the developers have more time to work out the bugs and maybe add some more new features and maps.