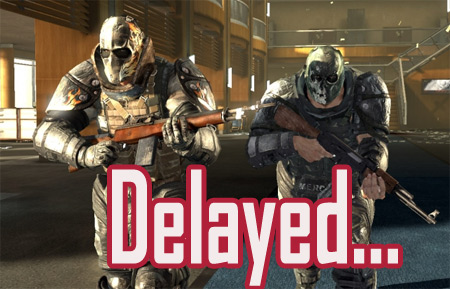 In July this year, it was reported that Electronic Arts’ ‘Army of Two’ video game for the Xbox 360 and PS3 consoles would be hitting stores in November. Now this much-awaited video game that features everybody’s favorite ‘co-op shooter’ mode, has been delayed until early 2008, according to EA.

As part of a statement circulated to the media, EA has indicated that the game needs more polishing before its completion.

Army of Two has been in development at EA’s Montreal studio since 2005.

According to Frank Gibeau, head of EA Games, “Army of Two has potential to become a lasting franchise- so getting the first title right is essential.”

Army of Two for the Xbox 360 and PlayStation 3 consoles has a military contractor-theme setting and gameplay that is set around a duo of characters helping each other out within the game world.

An analyst from Wedbush Morgan, Michael Pachter spoke to Reuters saying, “It’s an important game for them if they hope to establish it as a franchise. It shouldn’t have much of an impact, but the market always seems to assume the worst about the company.”

You can surely expect Army of Two to be released sometime in the earlier part of 2008 for the Xbox 360 and PlayStation 3 consoles.