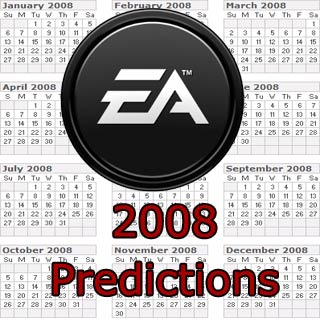 Electronic Arts (EA) has published its estimates of 2008 console sales in North America and Europe. EA predicts that PlayStation 3 will outsell Xbox 360 this year. However Nintendo Wii will stay glued to its first position as the top seller, projects the video game publisher.

According to EA, Nintendo will be able to sell around 12-14 million units of the Wii console. While 6-8 million units of Xbox 360 will be sold in 2008 and Sony is expected to make a sale of 9.5-11.5 million PS3s. EA also projected that Sony’s earlier console PlayStation 2 will also be popular amongst gamers and might sell 3.9 to 4.9 million units.

On the other hand, the scenario of portable gaming devices will remain same with Nintendo DS remaining at the top position. EA expects a sale of 14-16 million units of DS as compared to 6-8 million units of the PSP.

Whatever EA may suggest, only time will unveil the true story.