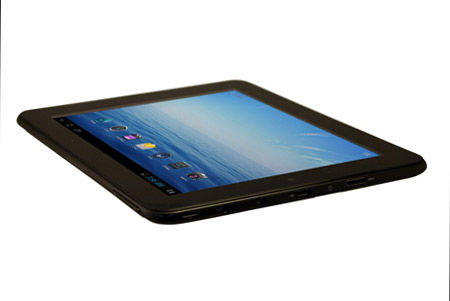 The price for the E Fun Nextbook 8GP has been revealed by its maker to have been pegged at $169.99. This 8 inched device is part of the Google Play Series of slates which the company had unveiled recently when it had showcased the 7GP tablet. And just like the latter, the new device too features the Android Jelly Bean platform, full access to Google Play and a high definition screen. Its release date is set to fall sometime in February of this year.

Calling the Nextbook 8GP one of the thinnest Android tablets in the market, Jason Liszewski, the managing director and VP of sales at E Fun, has asserted that the products is an ideal one for graphic design and other applications that need intense graphics. He has mentioned that thanks to the IPS touchscreen of the tablet, its viewing angle is broadened, making it easier for users to share the content on their screens with people around them.

Since it falls under the Google Play Series, it is a given that it will ship with access to over 600,000 apps and games, millions of songs and books, and thousands of movies that can be downloaded by its users. Pre-loaded apps that will be dished out with it include Gmail, Chrome, Google Talk, Google+, Google Maps, YouTube and more.

The device runs on a 1.5GHz dual core processor which is accompanied by 1GB of DDR3 RAM for assistance in handling its operations. Front and rear cameras form part of the offering, but their sensor capacities haven’t been mentioned by the company as yet. Moreover, this slate also comes equipped with an HDMI-out port which allows users to send 1080p HD video to an HDTV or computer.

Its other features comprise 8GB of internal memory, a microSD card slot which can be used for memory expansions till up to 32GB, a USB slot, a G-Sensor, a microphone, Wi-Fi and a built-in Lithium-Ion battery. Those wishing to buy the E Fun Nextbook 8GP won’t have to wait for long, as it has been announced that it is to start shipping sometime in February 2013.