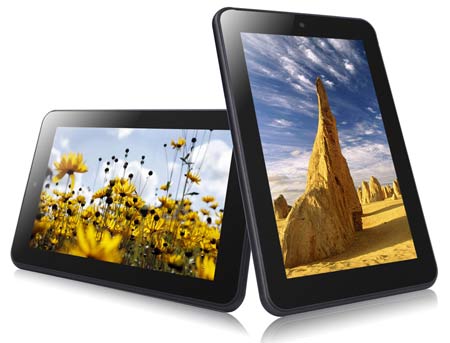 At $129.99, the price of the E Fun Nextbook 7GP sits quite comfortably in the budget side of things. The tablet is all set to make its first appearance at the 2013 International Consumer Electronics Show which is scheduled to commence on January 8 in the US. Its maker has revealed that this product is the first occupant of its new Google Play Series. Later this year, more such devices will be launched under the range, with all of them equipped with the Android OS, dual core processors and high definition screens.

The Nextbook 7GP houses the Android 4.1 Jelly Bean OS, which will be housed by all tablets from the range. Jason Liszewski, who’s the managing director and VP of sales at E Fun, shared that the many advantages of the said platform will allow users to enjoy their time with the Nextbook Google Play slabs. He also remarked that the company is ‘thrilled’ to have introduced a tablet series which grants consumers the hardware, software and content which they desire.

Needless to say, access to more than 600,000 apps and games, millions of songs and books as well as thousands of movies will be at hand through the Google Play Store for owners of the devices. The tablet mentioned above carries on it a 1.5GHz dual core processor which runs its operations with assistance from 1GB of DDR3 RAM. It has been equipped with a capacitive multi touchscreen and a resolution of 1024 x 600p. Front and rear cameras and an HDMI-out port also form part of the whole setup. 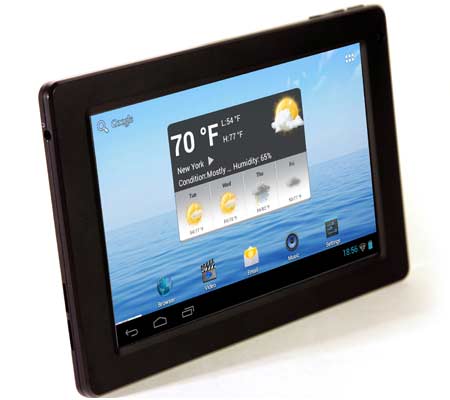 Moreover, features like 8GB internal memory, a microSD card slot, a 2.0 USB slot, a G-Sensor and Wi-Fi are included as well. Earlier this year, the company had launched another tablet in the form of the Nextbook Next 7S (pictured just above) which came with Ice Cream Sandwich offerings. Aside from a 7-inch touchscreen, it housed other traits like a 1GHz processor, Flash Player 11, 4GB internal memory and more. The cost of this slab is also placed at $129.99.

Those interested in the E Fun Nextbook 7GP can look forward to CES, where it’s slated to be showcased later this month. Its release date will fall sometime in February this year.