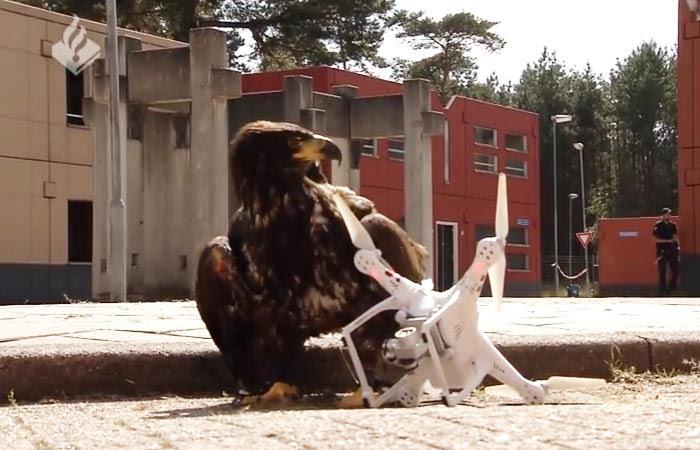 As the number of drones owned by civilians continues to outstrip those used by governments, the topic of how to manage them is still being debated. To say that some of the current methods being utilized to regulate drones is ‘unusual’ would be an understatement.

In the Netherlands, the police force is training eagles to take down drones which may be operating without permission in restricted areas. Don’t worry about the eagles! Being naturally suited to hunting prey, they’re doing just fine and none of them have been injured so far, according to the police.

With the number of uses that drones can be put to, it’s not just governments who are getting into the game; private firms too are preparing for the future in various ways. One of them is insurance group AIG, which has already deployed coverage solutions for the commercial drone sector.

The company, which is known for innovations in the insurance sector and is also prepping for the impending Internet of Things revolution, now offers coverage solutions for drones as well. Such options that can help cover liability for risks difficult to foresee, will definitely encourage more people to turn their drone flying hobby into a profession or develop useful applications for them.

For the drone revolution to move forward and for the technology to be used in a variety of efficient ways, strict regulations on the part of governments and insurance coverage plans abiding by these rules, like the ones offered by companies like AIG, will need to go hand in hand.

This article is the product of a partnership between Sohil Nikam and member companies of American International Group, Inc. (AIG). Although this post is sponsored, the information and opinions expressed in the article constitute only my own beliefs. This article does not suggest a partnership or affiliation between AIG and any other company.