The Samsung Galaxy Trend 3, that plays successor to the Trend 2, has been introduced in China, but nothing has been mentioned about its availability details for any country around the globe. It should be noted that the Galaxy Trend that recently went up for sale in India, is actually the second generation phone from this series, which was released in China back in April.

Coming to the specifications, the device in question accommodates a TFT capacitive display on the front surface and manages to offer a multi-touch real estate of 4.3 inches. Its intuitive interface can be attributed to the Android Jelly Bean version 4.2 which naturally ensures access to the Play store and even tags along some useful Google mobile services. 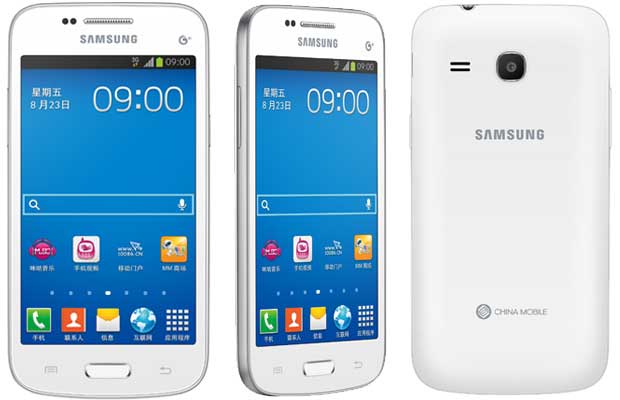 The internal working of the Galaxy Trend 3 is taken care of by a dual core processor that can clock in a maximum speed of 1.2GHz. Crammed into a chassis with dimensions of 129.7 x 65.95 x 9.4 millimeters, the device that weighs in at 128 grams tags along a 3MP snapper. A microSD expansion bay has been provided for additional storage and the device extends support to dual SIM cards as well.

Some of the other common attributes like Bluetooth, Wi-Fi, GPS, 3G support and more can also be found in the smartphone. And as a 1800mAh battery hides under the hood, prospective customers can expect it to keep the gadget charged up for a long time.

According to Unwired View, the Samsung Galaxy Trend 3 will be made available as an unlocked model as well as carrier locked via China Unicom, China Mobile and China Telecom in the country.