Microsoft has started sending out press invites for an event in the next couple of days and we’re pretty sure that the Redmond giant plans to launch the Nokia Lumia 630 in India. The phone will obviously be the dual SIM variant since it’s a huge trend in the market.

The invite makes no mention of the Nokia Lumia 630 smartphone, but it does provide some pretty obvious hints. Fast, precise and powerful is what the upcoming Lumia phone is and it has ‘the power of two.’ You clearly won’t need to rack your brains to figure this one out. The Lumia 630 is amongst the first WP8 handsets to come with a quad core Snapdragon 400 SOC. The chipset is based on the popular Cortex A7 architecture. 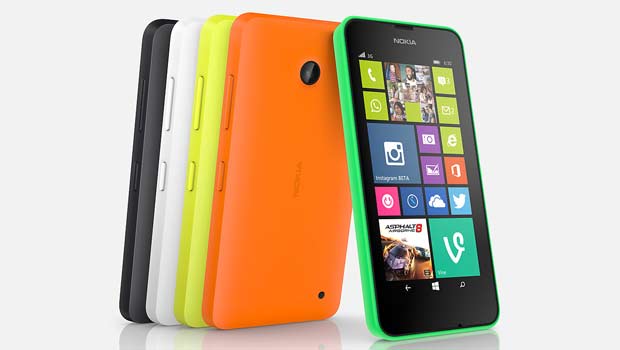 The handset is also being marketed as an entry-level phone which will replace the Lumia 620. It sports a 4.5-inch display with FWVGA resolution and Corning Gorilla Glass 3. A 5MP camera is on the rear, while the innards comprise of a 1830mAh battery, 512MB of RAM, 8GB of memory, a microSD card slot and various radios for wireless connectivity.

Along with the Nokia Lumia 630, the company also announced its new flagship phone, the Lumia 930. While there’s no word on whether the latter handset will be revealed at the upcoming event, Microsoft is sure to bring the device to India in the next few months. We’ll keep you updated with the latest information on the upcoming dual SIM Lumia, so stay tuned on Monday. 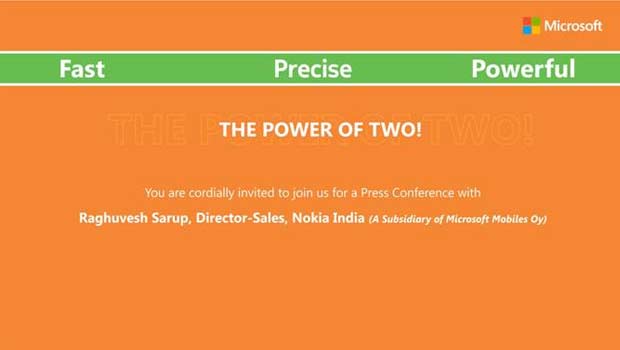