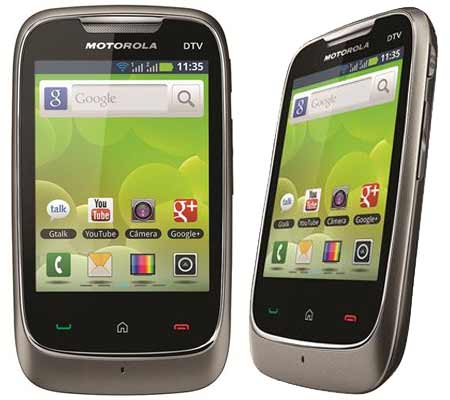 The dual SIM version of the Motorola Motogo! TV should ensure that users do not miss out on their favorite TV shows or games, no matter where they are. The smartphone featuring a large touchscreen display, doubles up as a portable digital TV and has been made available in Brazil.

Besides watching live television shows, its 3.2-inch touchscreen display can be employed for web surfing purposes. The durable device can withstand dust, dirt as well as spills. Moreover, it allows synchronizing emails, contacts and calendar entries with a Gmail account so that users do not end up losing their data in case they misplace the phone.

“Motorola Motogo! TV is a cost effective device which can take two chips from different carriers, letting the user make the most of the best plans available. No matter where you are, you’re always connected to the TV shows and sports you love, as well as the people who matter most. Better still, you can choose how you speak to them, according to the plan offered by the carrier,” quoted Edson Bortolli, mobile products director, Motorola Mobility Brazil. 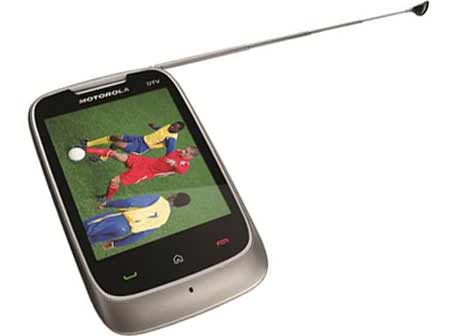 The Wi-Fi-enabled Motorola handset boasts of a simple and intuitive interface that should facilitate functions such as making or receiving calls, sending text messages and emails, surfing the web and much more. In addition to support for two SIM cards, it tags along an expansion slot for a microSD card of up to 32GB capacity. This phone is shipped with a 2GB memory card. Some other attributes include built-in FM radio, music player and a 3MP camera.

The dual SIM Motorola Motogo! TV price in Brazil is R$399 and it is now available through leading retail stores.