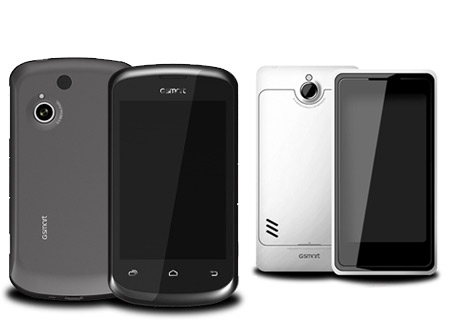 While the concept of dual SIM Android smartphones isn’t new, the Gigabyte GSmart M1420, M1320, G1342 and G1362 handsets aim to be the world’s first in this sort of category to pack in the ICS platform. These devices were recently unveiled by the Taiwan-based manufacturer at the Computex 2012 expo.

The first addition in the GSmart family is the M1420 handset which has a 480 x 800p TFT capacitive display stretching up to 4.3 inches diagonally. Fueling up this device is a 1GHz MT6575 processor which is accompanied by connectivity features such as Wi-Fi 802.11 b/g/n, Bluetooth 3.0/4.0LE and WCDMA as well as HSPA network support. An 8MP AF camera is fitted onto the rear along with an LED flash, while the front sports a 1.3MP snapper. 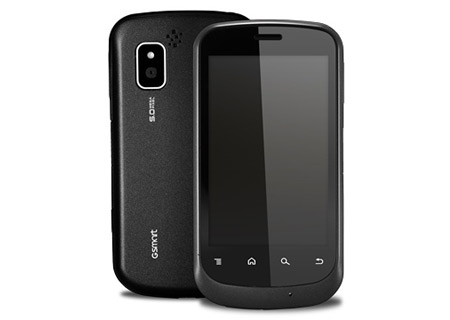 The M1320 variant houses a 3.5-inch capacitive touchscreen proffering resolutions of 480 x 320p. This device is aimed towards the entry-level segment bundled with 4GB of ROM and 512MB of RAM. A 1GHz MT6575M SOC runs the show here with Wi-Fi 802.11 b/g/n and Bluetooth 3.0 on the connectivity front. On the flip-side rests a 3MP lens which features AF and a LED flash.

The G1342 device is a low-end option coming through Gigabyte. It hoards an 800MHz Qualcomm MSM7225A CPU and incorporates a 3.5-inch capacitive display with a 480 x 320p resolution. For storage, it holds a 1GB ROM drive and 512MB of RAM. A 5MP AF snapper sits on the rear, while network options include GSM, EDGE, WCDMA and HSDPA. Users can also go online via Wi-Fi. Bluetooth 3.0 is adopted for quick connectivity with other devices. All components are fitted within dimensions of 121mm x 62.5mm x 12.5mm. 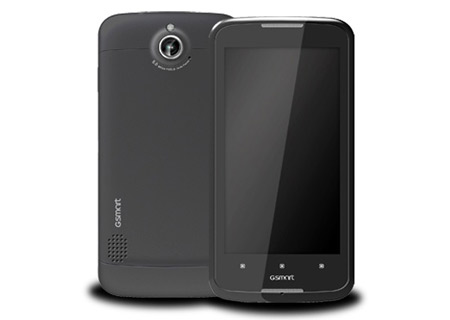 The fourth smartphone from the Taiwan-based manufacturer is the G1342. This handset is powered by a dual core processor that’s clocked at 1.2GHz. On the exterior lies a 4.3-inch touchscreen accompanied by a 5MP rear camera and a 0.3MP front-facing one. A 4GB ROM drive takes care of hoarding needs, while 512MB of RAM is deployed to enhance multitasking. Aside from the Android Ice Cream Sandwich platform and dual SIM support, all 4 smartphones feature various modules such as a G-sensor, proximity sensor and light sensor.