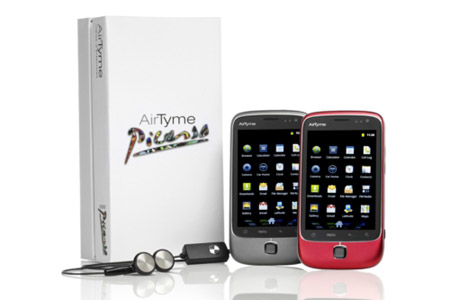 The AirTyme Picasso DG50, pegged as a ‘unique and innovative smartphone,’ has been launched in India. The quad band device runs on Android 2.3.5 and drags along a bunch of customization features. Thankfully the phone does not resemble a Picasso painting too much.

Capable of accepting two GSM SIM cards, the phone facilitates an added level of flexibility when it comes to choosing operators. At the back, there is a 5MP auto focus camera for simple high quality capture. And like with most phones making their way into the market, it also comes with a secondary front-facing camera which only offers 0.3MP.

“Like its artist namesake, we built the Picasso to cater to the genius and the creative spark in all of us,” Gaurav Narang, AirTyme’s Director of Operations, remarked. “Today’s consumers want a phone that is both feature-rich and easy-to-use. They can’t help but be delighted when they open the box and see its fine finish and beautiful lines.” 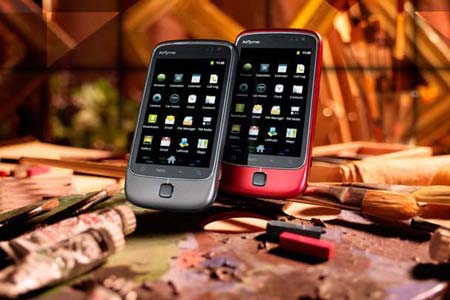 He continued, “When they power it on, they’ll be dazzled by its beautiful 3.5″ (8.89 cm) capacitive touch screen and artistic motifs. And when they explore its features, we hope they will see why we chose the slogan ‘Ingenuity Meets Passion’ to build the pan-India marketing campaign for this new, unique product.”

The Picasso DG50 sports a 3.5-inch, capacitive multi-touch HVGA LCD with a resolution of 320 x 480p. It comes with a 1450mAh lithium-ion battery, while also featuring Wi-Fi, Wi-Fi tethering, Bluetooth 2.1 + EDR, GPS, a G-sensor and a proximity sensor. Memory can be expanded up to 32 GB via a microSD slot.

Although we’re in the dark regarding the AirTyme Picasso DG50 price, those interested will be pleased to know the smartphone is available in India in two colors – smoky grey and garnet. We’ll update you with pricing details if we hear anything.