Dual-display YotaPhone ships in December, how many displays does your phone have?

The YotaPhone has taken ages for arriving at this stage, but it’s finally ready to be released in December, as has been announced by its Russian makers. The device boasts of two displays on each of its surfaces, with one being an LCD screen and the other an eInk panel.

The company responsible for the YotaPhone has told TechCrunch that it will be out internationally prior to Christmas this year. However, no hint of a release date has been given as yet. And there’s no word either on what countries it will be making its initial debut in. We’ve only been able to see the device at trade shows like CES and MWC till now. 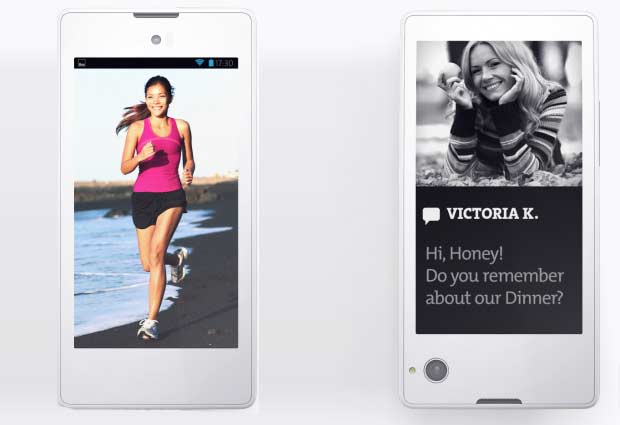 The Android-powered YotaPhone’s electronic paper display is always on. It showcases notifications for emails, tweets and more in real time, and that too while consuming a negligible amount battery power. Above all, this display is useful for reading books and other content, making it an e-Reader of sorts.

In terms of specifications, the YotaPhone carries on it a dual core 1.7GHz Krait CPU and 2GB worth of RAM. An 1800mAh battery powers the device, while a 13MP main camera and a 1MP secondary camera also occupy space on its body. The phone’s internal memory has been tied down to 32GB.

Facebook
Twitter
Pinterest
Linkedin
ReddIt
Tumblr
Flip
Previous articleLG G Flex to get picked up by AT&T, Sprint and T-Mobile in the US
Next articleXolo Q1000 Opus Broadcom chip-equipped smartphone will be up for sale this month