The dual display YotaPhone which went official last year created quite a lot of buzz for its innovative design. At the MWC 2014, the company behind the device announced a brand new model that offers various software and hardware enhancements.

One of the main highlights of the next generation YotaPhone is the EPD panel on the rear which will offer full-touch control. This screen has an always-on state. While the previous model allowed you to view notifications and other details on the monochrome panel, the latest one will even permit interaction like viewing and responding to calls, messages and more, sans the need for using the main touchscreen. 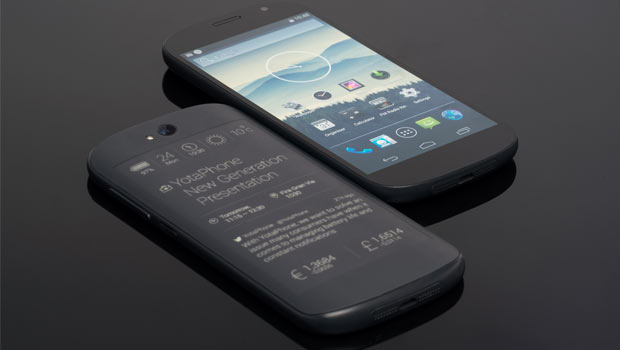 The always-on EPD on the rear spans 4.7 inches wide and it proffers a higher resolution compared to its predecessor’s. Also, the pixel density has been improved and there will be integrated illumination for viewing content in dimly-lit conditions. According to the company, the YotaPhone can deliver over 50 hours of activity with the always-on EPD.

On the front, a 5-inch AMOLED touchscreen has been fitted. No resolution is currently available, but we expect it to be at least 720p HD. Additionally, the company has dropped the dual core processor and has gone with the Snapdragon 800 SOC for the latest YotaPhone. Other features include NFC, wireless charging, anti-theft protection and high-performance IHF. 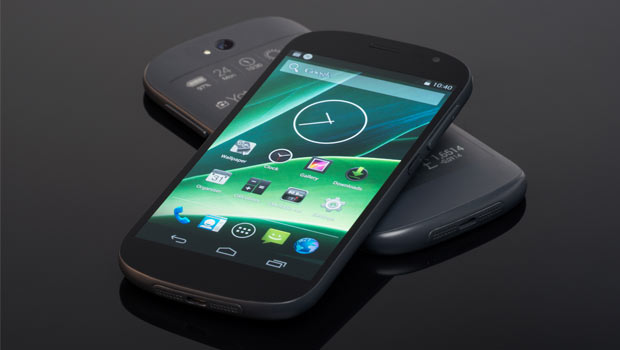 The YotaPhone is expected to go on sale in Q4 2014 in EMEA and Russia. The US and Asian markets will receive the handset after 3 to 4 months. No price has been provided as yet. For those who have already purchased the first generation YotaPhone, the company will soon announce an upgrade program where they will be able to get the second generation model at a discounted price.