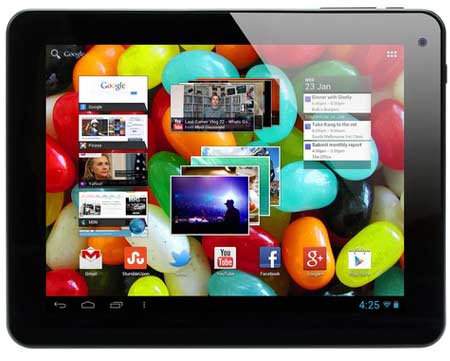 The Mini which goes by the model number KATBL08A16E, measures 20 x 15.4 x 1 in centimeters and it weighs not more than 380 grams. The front is fitted with a 1024 x 768p HD 8-inch capacitive touch display and a 0.3MP webcam for video calling. Powering up this piece of hardware is a 4300mAh Li-ion battery. 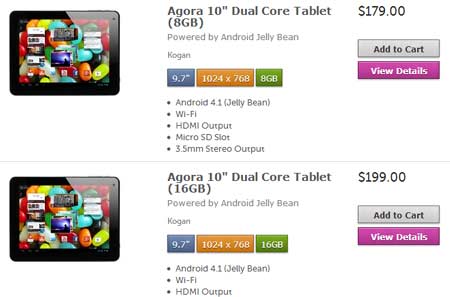 The 10-inch KATBL10A08E model isn’t technically that wide, as pointed out earlier. Well, the manufacturer has exaggerated the 9.7-inch display’s size a bit. The TFT IPS LCD screen is capable of delivering a 10-point capacitive touch input and a resolution of 1024 x 768 pixels as well as a 132ppi density. Unlike the aforementioned slate, this one packs in a rear-facing 2MP camera as well, for recording videos and capturing images. An 8000mAh Li-ion battery gets things up and running.

The 2 slates have various components in common. Storage needs are taken care of by 8GB or 16GB of integrated memory and a microSD card slot. Doing the heavy lifting from within is a 1.6GHz dual core ARM Cortex A9 CPU that’s accompanied by 1GB of RAM and a quad core Mali 400 GPU. Other similarities shared by the slates include connectivity features such as Bluetooth 3.0, Wi-Fi 802.11 b/g/n and MiniHDMI. 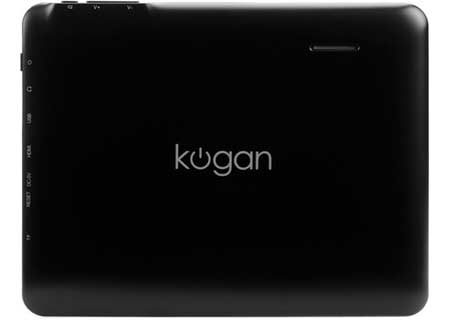 Both Kogan Agora tablets are available for purchase in Australia though the company’s own website. The 8-inch variant with 8GB of storage comes for $119, while the 16GB option retails for $129. The 10-inch model on the other hand, can be picked up in 8GB and 16GB choices for $179 and $199, respectively. 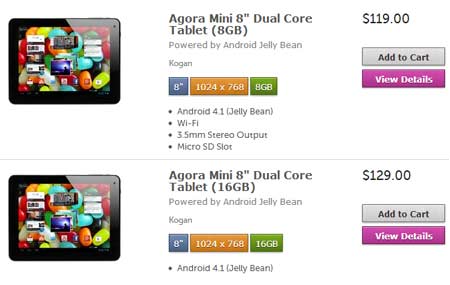 The specifications listed below are common between both slates