Dropbox users have two big changes to look forward to now that the company has launched its Paper service and Smart Sync feature. The former has been in beta testing for months and is finally getting an official rollout.

Dropbox Paper is looking to rival Google Docs as the collaborative cloud-based tool of choice for businesses. The workspace solution can be used to create, edit, and organize shared documents among team members. It even comes with Google Calendar integration and a presentation mode to turn docs into projector-ready slides.

Now that Paper has shed the beta label, it’s gotten some useful updates like support for 21 languages, the ability to add due dates when making task lists, and a new projects view that places all the work done in one single spot. Dropbox is also promising to provide offline access soon via its iOS and Android apps.

Also Read: Dropbox gets major update with document scanning feature and much more

The other major arrival of the day is Dropbox Smart Sync. The feature allows people to view folders on their Windows or Mac computer without having to download them locally. The files are supposed to act just like offline versions of themselves, but without the baggage of hogging up their device’s storage space. 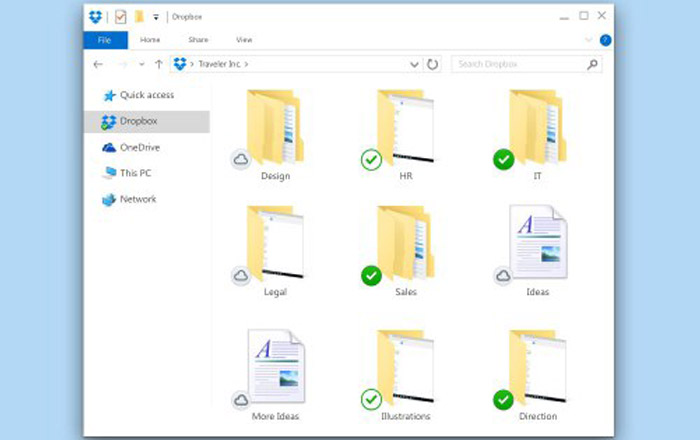 Smart Sync is available for all Dropbox Business teams via the firm’s early access program. The company’s currently exploring ways to bring the tool to individuals in the future. For now, it’s streamlined its website for personal users to make navigation as simple as possible.