Dropbox for Business wants to badly compete with the similarly designed Google Drive offering, which is why it has been quick at updating this section of its services. Available in the form of an early access program is the first phase of the company’s Project Harmony program that’s aimed at granting collaborative capabilities to users.

For Google Drive, achieving such features wasn’t a huge deal because it already had its own proficient email service in place in the form of Gmail. However, Dropbox is on its own, and has hence had to develop its own architecture for it. A new badge attribute has just been introduced, which lets you be in sync with everyone who is collaborating with you on a particular project. 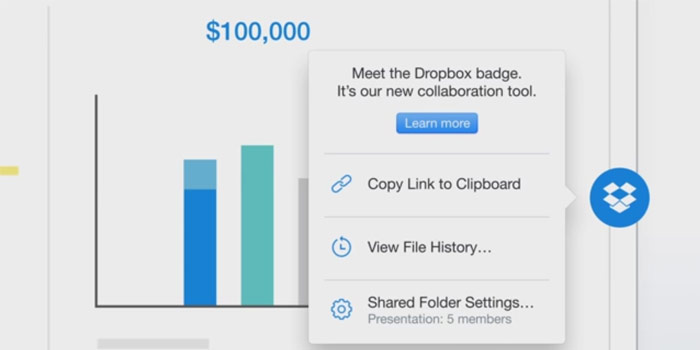 While you’re working on your Microsoft Office documents that are stored in the Dropbox cloud, you’ll be able to see who else is viewing or editing it. And apart from letting you generate a sharable link without leaving the application, the badge feature will also let you check if there’s a more recent version of the document, so that you can update it with just a single click.

Also Read: Dropbox for Android now enables files to be moved to your SD card

Only recently, Dropbox introduced a much demanded new feature for its Android app in the form of the ability to move your files to the SD cards of your devices. It cuts out the need for you to download them to the internal memory and moving them manually.

The new Dropbox for Business features can be tried out now by all those who have registered for the company’s early access program. Once the testing phase is over, they will definitely be rolled out for everyone to be able to make the most of them.