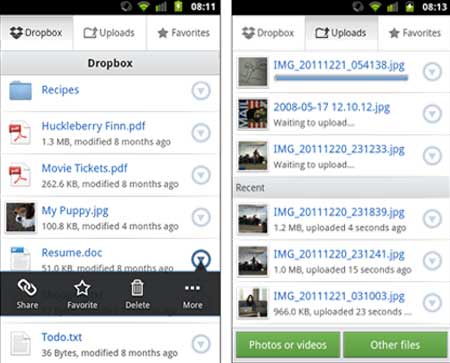 The Dropbox app for Android has recently received a makeover of sorts and has brought with it support for the latest Android Ice Cream Sandwich OS along with other treats this holiday season. Needless to say, the latest version 2.0 is also bringing in the regular tweaks, stability improvements and bug fixes with more new features.

Rumors regarding this app have been circulating in techville for quite some time now and recently, the company announced the arrival of this upgrade on the Android Market. The official Dropbox blog shares other improvements and reveals that users will now be able to view their files and folders even in the offline mode. Another noteworthy addition has come in the form of bulk uploads, so the time consuming activity of putting up one file at a time can probably be done away with. Plus, files and folders could easily be renamed by users so as to keep content organized for quick access. Ardent users of the app may probably approve of the way it has been redesigned. 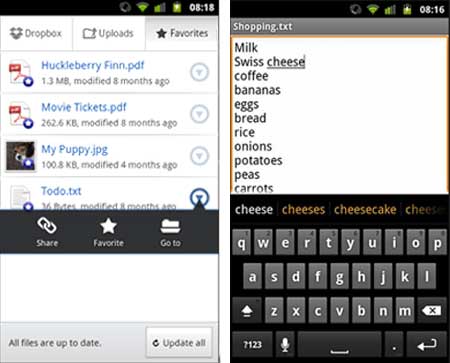 The application will now facilitate an interface which will lead to all file and folder actions being available through one single tap. This means that users can now carry out the selections swiftly and more easily. The development also claims to arrive with an improved view of the gallery besides other changes and additions. Plus, with this version, files and folders can be exported to and from the local storage.

The Dropbox app for Android version 2.0 is available for download from the Android Market absolutely free of cost.