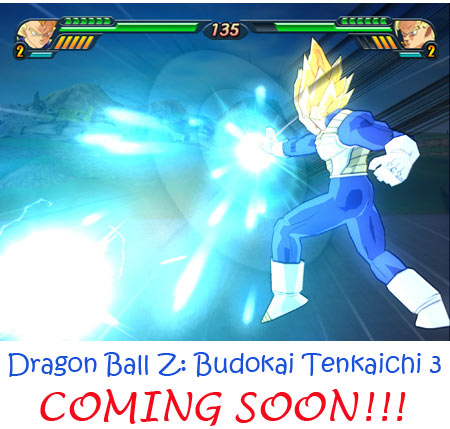 “Atari is incredibly excited to offer the ultimate chapter in the Budokai Tenkaichi series with over 20 new characters that have never been seen in any other DBZ video games such as Nail, King Cold and King Vegeta and battle stages that fans will love,” said Emily Anadu, Senior Product Manager, Atari, Inc. “Each year, the developers refine the game to bring fans closer to feeling like they are actually playing the show.”

The environments have also been enhanced to feature day and night stages, which further adds to the extraordinary number of characters and improved Wii control system. The power of the moon in the night stages gives players additional ways to transform their characters and lets fans recreate some of their favorite memories from the show.

The massively popular Dragon Ball Z series is the gold standard of anime-based video games, with more than 25 different games and over 10 million units sold since May 2002.

Dragon Ball Z: Budokai Tenkaichi 3 is set to release during the 2007 holiday season.