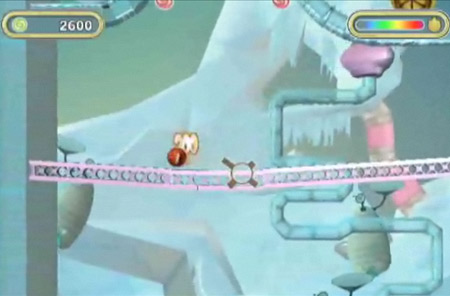 While the festive week leaves little room for routine leisure activities, there may be still some ardent gamers who manage to sneak in time for a little gaming action. This week’s Nintendo downloadable game titles for WiiWare comprise of TV Show King 2, Eco Shooter: Plant 530, Pallurikio and Happy Holidays Christmas.

TV Show King 2 by Gameloft contains 8,000 question separated according to 12 categories on the program like general knowledge, movies, sports, music and so on. It can be played by up to four players at a time as also over Nintendo’s Wi-Fi connection. Moreover, players may also add their own questions to the game. Happy Holidays Christmas by 505 Games is an application that lets users make Christmas-centered e-cards and send them to a friend’s console if he is registered in the maker’s Wii Address Book. Trees, decorations, frames, stickers, music and messages can be crafted together and sent with good tidings this Christmas.

Eco Shooter: Plant 530 published by Nintendo follows a plot where Earth’s empty cans are brought to life by an alien race dubbed the Cannoids. Mack, the technician from recycling facility Plant 530 works as a player-guided first person shooter who confronts the aliens with his recycle canon. Players are required to blast and vacuum their way through the game, with ammo doubling as health with uncomplicated controls including the Wii Zapper. Each enemy destroyed leaves behind Can Energy that has to be vacuumed up and used for ammo. Players can choose to sweat it out through advanced tactics such as consecutive hit combos and tough Challenge mode.

Pallurikio by Playstos Entertainment is a single player game that permits gamers to take on the role of the eponymous character a.k.a. Rusty who has been sucked into another world while playing a mysterious board game. The round and bouncy Pallurikio must find his way through over 50 stages by surviving pitfalls and trickeries in Bakumbala Jungle, Palluro Prime and other environs. The game features Time Attack mode, collectible cards, physics simulation and space rockets.