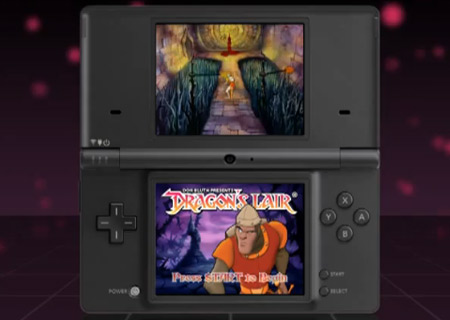 This tidbit’s for owners of the Virtual Console and DSiWare who have been waiting eagerly for Nintendo’s downloadable games this week. Super Smash Bros and Ninja Gaiden have been released this week for Virtual Console owners by Nintendo. DSiWare downloadable games include Uno, Dragon’s Lair, Hot and Cold: 3D Hidden Object Adventure, myNotebook: Green and High Stakes: Texas Hold’Em.

Super Smash Bros by Nintendo brings the total of downloadable games for the WiiWare and Virtual Console up to 500 titles. This game may be played in single player mode or VS mode, the latter allowing players to take on up to three competitors simultaneously. Single player mode requires gamers to earn bonus points and unlock hidden characters along the game’s progress. VS mode calls for players to confront each other with the characters’ special moves, power-ups and familiar items and eventually win by knocking their opponent off the screen. Skills can be polished in Training mode or targets destroyed in Bonus stages exclusive to each character.

Ninja Gaiden by Tecmo lets player take control of the master of the Five Ninja Fighting Arts of assassination and enter a terrifying American city called Jungle to defeat enemies who are part of an assassination syndicate. Players can use three buttons to execute the Flying Neck Throw, Triple Blow Combination or Hang Kick. They progress through stages founded on popular Western misconceptions about ninja and Japan. Settings such as the starting number of player characters and difficulty level may be adjusted. The Nintendo and Techmo games are rated E and E10+ and cost 1000 and 600 Wii Points, correspondingly.

myNotebook published by Nnooo allows users to jot down notes directly onto their Nintendo DSi systems. Notebooks may be personalized by drawing on the cover and selecting different pen types with 18 unlockable squared and lined paper styles. Doodles can be created in five different colors and erased as well. Hot and Cold: E-rated 3D Hidden Object Adventure by Majesco Entertainment may be played by one or two player at a time. Participants are required to hunt down people’s missing items with a voice in their head telling them if they’re Hot or Cold while seeking these objects. Players have to use this ability and discover its mystery as they investigate cases all over town. Objects have to be thrown out of the way, as gamers navigate through the 3D world and follow their Hot and Cold meter.

E-rated Uno by Gameloft can be played by up to 4 player simultaneously and has fresh new rules. In multiplayer mode, it can be accessed via local wireless play or with internet broadband and Nintendo’s Wi-Fi connection. E10+ rated Dragon’ Lair by Digital Leisure calls for gamers to play Dirk the Daring on a quest to rescue princess from the evil clutches of a dragon. His journey to the creature’ lair takes him through the castle of a dark wizard that is filled with monsters and obstacles. T-rated High Stakes: Texas Hold’Em by Hudson Entertainment can be played by four poker fans at a time. It goes by the popular No-Limit rule set and may be played with opponents over DC Wireless Communications. Uno, Hot and Cold: A 3D Hidden Object Adventure and Dragon’s Lair are priced at 800 Nintendo DSi Points apiece. myNotebook: Green and High Stakes: Texas Hold’Em cost 500 and 200 Nintendo DSi Points, correspondingly.

Gamers have hopefully found one more way to celebrate this week besides the regular pulling of crackers and over-indulgences that the festivities inevitably seem to encourage.