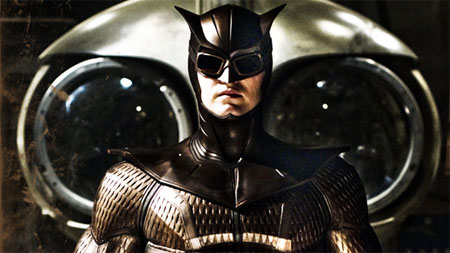 Warner Bros. Interactive Entertainment today announced their plans to release Watchmen, an episodic downloadable game which is being developed by Deadline Games. The new game is based on the Warner Bros’ upcoming movie Watchmen. The game will be available on various gaming platforms including PlayStation 3, Xbox 360 and Windows.

The Watchmen game is said to include new characters, rivalries and challenges. Warner Bros claims that game will feature visceral superhero combat as urban vigilantes Rorschach and Nite Owl.

“We’re bringing the Watchmen universe to gamers in a distinct episodic game revealing action and combat for a great overall experience for fans,” said Samantha Ryan, Senior Vice President, Production and Development, Warner Bros. Interactive Entertainment. “The filmmakers have been extremely helpful in developing the high-quality game story and we are working to match the outstanding visual style of the film.”

The Watchmen is one of the highly anticipated movies scheduled to be released in March 2009. The film is directed by Zack Snyder, who previously has directed popular films such as 300.

The first Watchmen game is expected to be made available in 2009, however no pricing and availability details have been announced as of now. It is also not sure how many episodes of the game Warner Bros plans to release.