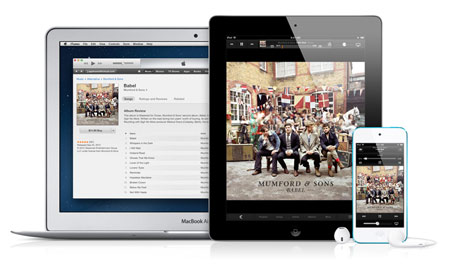 Apple aficionados can now download iTunes 11 for various devices. This latest version of the service comes equipped with a new player, a fresh store and it also includes a number of iCloud features. Said to be the simplest variant yet, it is even hailed as being faster than the previous iterations.

The new library views introduced by the client feature abridged views of important aspects desired by users. Clicking on Albums for instance, will generate a list of soundtracks complete with thumbnails of their album art. The same applies to movies, TV shows and apps. On selecting a desired album, it will immediately expand in its place, letting users have a look at all the songs in it. 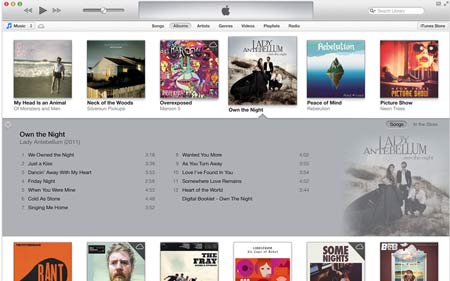 As mentioned above, a completely fresh player has also been introduced through iTunes 11. Apple claims to have infused more features into an even smaller ‘MiniPlayer.’ Users are now able to click the Up Next button to have a look at the upcoming songs. And through this player, they will even be able to search their collection in order to choose a different song, without opening the library.

A new recommendations feature also makes its way into the software. Upon selecting a certain album, artist or genre, the service will itself suggest similar music that can be considered by users. The redesign of the client has been optimized for on Mac, PC, iPad, iPhone, and iPod touch devices. Apple has also mentioned that easy-to-browse shelves have been created in it so as to serve up popular music, movies, TV shows and more. 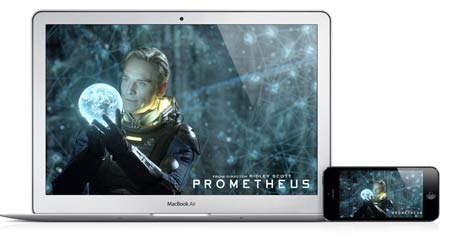 Previewing a song or a movie will now make it easier for users to find it again. All they’ll need to do is click on the Preview History button to get a quick rundown of all the music, movies and TV content they’ve sampled. And with the help of iCloud, the service is able to keep a track of the history across various devices. Many such iCloud-based traits can also be found on the client. 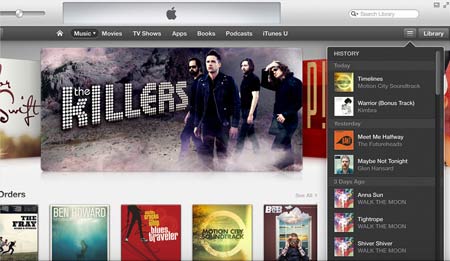 The iTunes 11 download can now be acquired by Apple device users for free through the company’s official site.