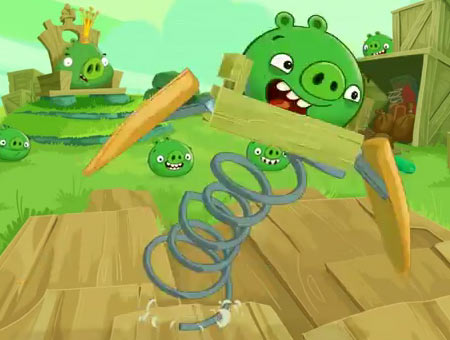 It’s been quite some time since Rovio started taunting us with their new game and those who agree with us should be glad to know that they can now download Bag Piggies for iOS, Android, PC and Mac. Windows Phone will have to wait and those who can’t swear by anything but bird-slinging should stay away.

That’s because the plot’s been turned around so that gamers will be forced to take sides with the green pigs. The setting is Piggy Island and the pudgy critters are after the birds’ eggs as usual. There’s nothing left to do but help the villains achieve their goal. In Rovio’s own words, the title calls on players to ‘crawl, roll, crash, and fly the pigs to the eggs.’

“We’ve never done anything like this,” trilled Petri Järvilehto, EVP of Games at Rovio, while talking about the launch. “Where Angry Birds was all about destruction, Bad Piggies is all about the joy of construction. It’s not just about getting three stars – in this game, failing is almost as much fun as succeeding!”

The game has 60 different levels and updates will obviously be popping up now and again. Acquiring three stars will mean that players can unlock 30 extra levels. The tools for creating the contraptions which will get the hungry pigs their meal amount to 33 and 4 sandbox levels are included within the title. 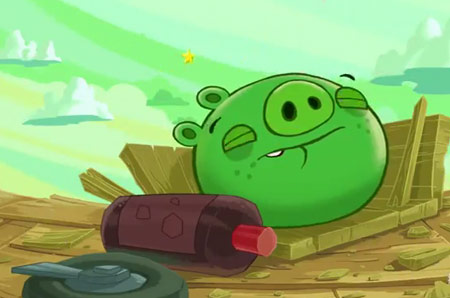 Android device owners can download Bad Piggies for free, while it costs $0.99 through iOS. The game is also available in the Mac App Store. The versions for PC and Windows 8 will be smashing in shortly, while Windows Phone users may have to wait longer.