Download Angry Birds Space Fry Me to the Moon episode 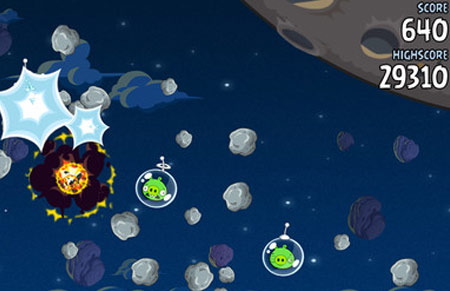 It all started when a giant claw popped out of nowhere and stole some precious eggs, only to offer Rovio fans Angry Birds Space last month and now we’re getting a Fry Me to the Moon episode. The update will include the addition of 10 fresh levels to Rovio’s biggest game since Angry Birds.

On March 22, the much publicized Space version of the bird pelting sport was released across PC, Mac and mobile platforms. Within a week’s time, the title had enjoyed 20 million downloads. In a gesture of thanks to enthusiasts who enabled Rovio to boast of such an achievement, the company has let out 20 free space eagles too. 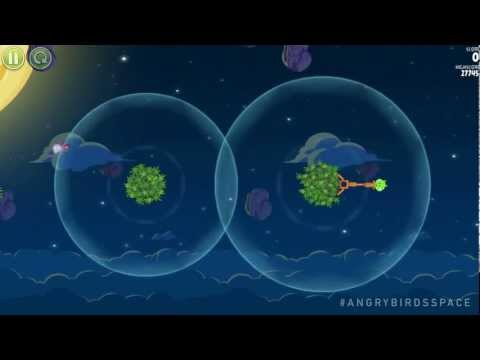 “Fry Me to the Moon, the free new episode for Angry Birds Space, is available now for iOS and Android! If you thought it was hard to pop pigs in space before, just wait til they’re orbiting around the icy planets in these 10 new levels!” says a post announcing the launch on the official Rovio blog.

But the space eagles we’ve mentioned are only going to iOS devices. One free space eagle will be set loose each day; so gamers will have to play daily in order to avail of the offer. In the 10 stages that form part of the latest episode, the pesky pigs will be seen making a spectacle of themselves on several icy planets. 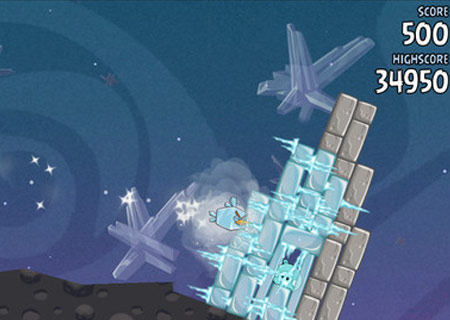 The Angry Birds Space Fry Me to the Moon episode is being rolled out for iOS and Android devices. There’s no word on whether PC and Mac will get the new levels any time soon. The game can be purchased for $0.99 through iTunes and Google Play. Android users can also download a free version which comes with ads.