A UK company called Dovetailed has introduced a 3D printer which can print out fruits, totally edible stuff like raspberries and blackcurrants which you can actually eat. Just think about it for a second, won’t you? Fruits fresh out of a machine which ‘prints’ them in 3D.

This obviously begs the question ‘Why print out fruits when you can buy them fresh (and healthier, probably) from the market?’ and we’ll give you two of the top answers. But to understand this, you’ll need a bit of information on how the machine works. The ‘ink’ that prints fruit is actually the juice of the edible in question or a liquid containing the required flavor. 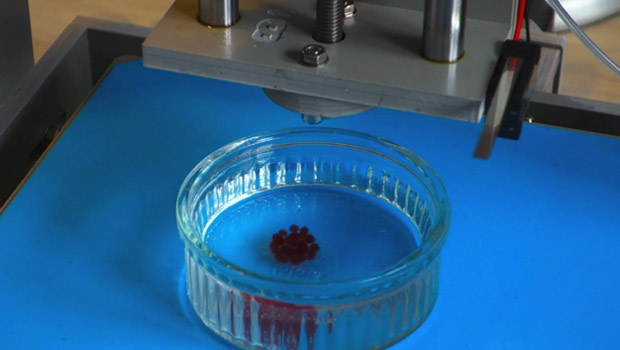 Using a molecular gastronomy technique called spherification, the edible ink is mixed with sodium alginate and then dropped from the 3D printer into a bowl of cold calcium chloride or any other suitable soluble calcium salt. The resulting reaction makes each drop form a small bubble resembling a pearl of caviar and it is wrapped in a sort of thin, flexible skin. If you take a look at the video posted below, you’ll have a better idea of how this works.

Also see:
– Would you eat your face if it were made of chocolate?
– Anyone for a 3D printed Hershey’s chocolate bar?
– These gorgeous objects were made by LIX, a 3D printing pen

Now we’re down to why we’d want to print out fruits. Have you ever bit into an orange flavored apple or a pear with a hint of grapes? Neither have we; think of the possibilities when it comes to mixing and matching, and topping off your desserts with fruits that are available only in your head. Secondly, point us to any person who loves food and wouldn’t want to plate a dish like a rock-star chef, like Heston Blumenthal. 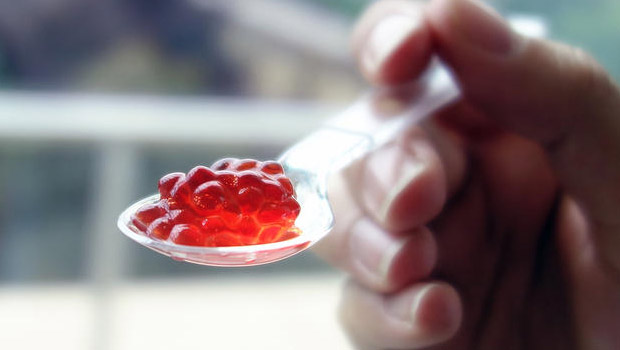 The Dovetailed 3D printer was demonstrated at the Tech Food Hack that was held in Cambridge UK. There’s no information on when this machine will make it into the market; but you can follow the link to the company’s official page anyway.