DotAsia announces Go Live of the .Asia Registry and Hot or Not Contest 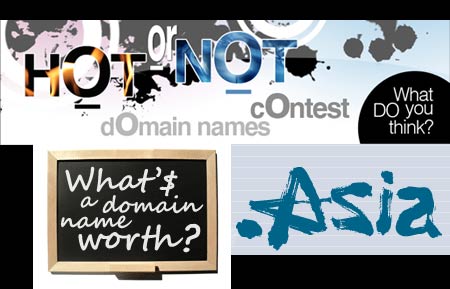 The DotAsia Organisation has announced Go Live of the “.Asia” registry, signifying the start of the first-come-first-served registrations. Hence now anyone in the world is free to register the .Asia domain name immediately.

“With over 10 million domains registered in China alone and over 150 million worldwide, the potential for .Asia is only now starting to be realized. There are millions of great .Asia domains still available on a first-come-first-served basis,” said Edmon Chung, CEO of DotAsia.

Besides, DotAsia has now launched a contest “Hot or Not” contest. Anyone can participate in the contest. All players have to do is to guess which .Asia domain will fetch the highest auction price and what that price might be.

Details and prizes will be announced shortly and posted on http://www.think.asia/.

“It should be an exciting contest! It will be interesting to see which .Asia domains people think are hot. I think there will be quite some surprises,” added Chung. “Through the contest, we hope to foster awareness of the .Asia domain and the appreciation of the value of a good name.”

Will the dot asia domain name be as popular as the .com, only time will tell!