One sphere in Indian gaming that’s truly seeing an upward and positive trend is that of mobile gaming. From games on Bollywood stars to sport stars, it’s all available on your clamshell. 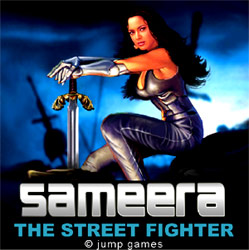 The grand winner of the ‘Don Kaun’ contest will walk home, or rather will groove on to a date with the popular Bollywood actress Sameera Reddy. Ipods, PS IIs, XBoxs will be given to the various other daily, weekly and monthly winners. And one lucky winner will receive a Plasma TV.

“Mobile gaming is on a steady rise in India and this countrywide contest on Reliance Mobile World is an excellent platform to reach out to our audiences. We have some of our best games up for Don Kaun Contest and we hope that people have a good time playing them and of course, winning prizes that are up for grabs,” said Salil Bhargava, CEO, Jump Games.