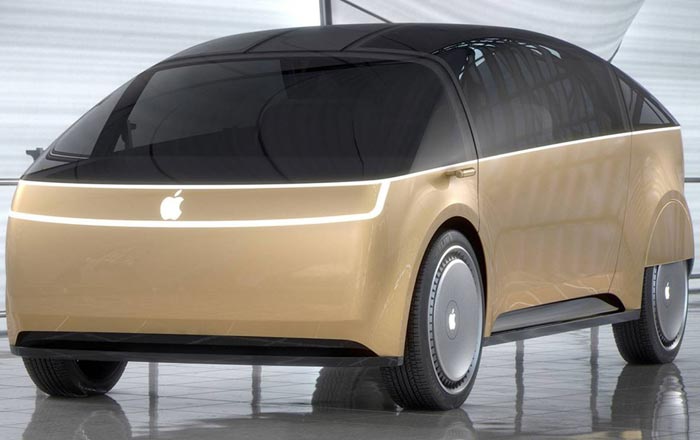 Rumors about Apple’s autonomous car plans got a major boost last week when it was revealed that the company had gotten hold of a permit to test self-driving automobiles on public roads. Now a new report sheds some light on the system it’s developed to power the 3 Lexus RX450h SUVs and the 6 people driving them.

According to a document titled ‘Development Platform Specific Training,’ Apple has created an ‘Automated System’ for its self-driving cars. The program is controlled electronically via a joystick during safety testing. The vehicle itself uses a Logitech wheel and pedals to get around. It’s apparently capable of supporting just one person at a time.

Apple’s drivers are put through their paces before being allowed to gain access to a self-driving car. The company’s come up with a special training program which teaches them how to regain manual control of an autonomous vehicle.

Employees have to pass seven different tests before they are considered fully trained. Each person has two practice runs and three trials to pass through each evaluation. These tests appear to have been conducted on a private course, explaining why they haven’t been seen in public till date.

Trials include scenarios like Low Speed Driving, High Speed Driving, Tight U-Turn, Sudden Braking, and Sudden Acceleration. Safety drivers have to be ready to intervene and take control of the car at any time. They can either step on the brakes or grab the steering wheel to disengage the electronic driving mode.

Drivers also have the power to accelerate without overriding the ‘drive by wire’ mode. Interestingly, most of the 6 chosen drivers appear to be Ph.D’s who specialized in machine learning and have worked in places like Tesla and Bosch.