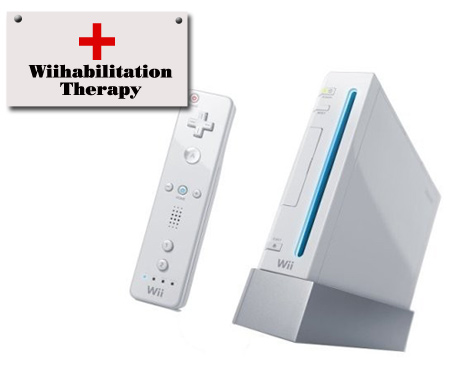 Now doctors have found out a new way to treat patients recovering from strokes, broken bones, surgery and combat injuries. The regular physical exercise therapy is usually painful for the patients, hence doctors have come put with this innovative therapy named as Wiihabilitation.

Many games played on Nintendo’s Wii console need body movements similar to traditional therapy exercises. However, patients get so engrossed in the game while playing that they almost forget their pain. Hence, the painful exercise becomes easier for patients.

James Osborn, who oversees rehabilitation services at Herrin Hospital in southern Illinois, said, “In the Wii system, because it’s kind of a game format, it does create this kind of inner competitiveness. Even though you may be boxing or playing tennis against some figure on the screen, it’s amazing how many of our patients want to beat their opponent.”

Wii Sports games such as baseball, bowling, boxing, golf and tennis are being given for play purposes to patients. Such therapies are popular especially amongst youngsters.

Matthew Turpen, 22, paralyzed from the chest down in a car accident last year while stationed in Germany said, “A lot of guys don’t have full finger function so it definitely helps being able to work on using your fingers more and figuring out different ways to use your hands and arms.”