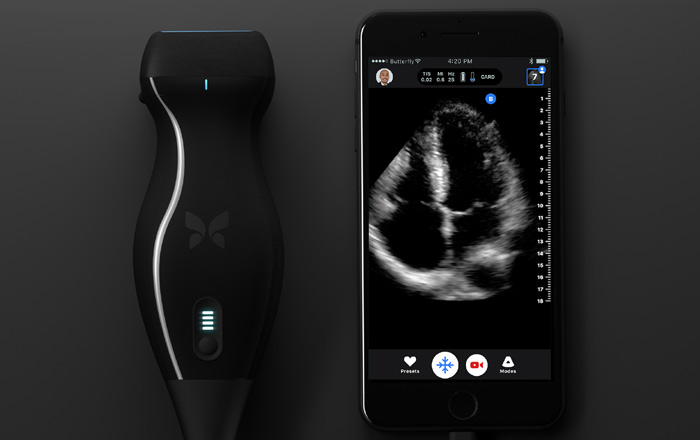 Taking an ultrasound can be an expensive process, requiring huge machines and specialized technicians to operate them. A new startup called Butterfly Network is out to break this way of things by coming out with a portable ultrasound machine dubbed the Butterfly iQ that just requires a smartphone to work.

In an eye-opening case detailed by the MIT Technology Review, a vascular surgeon named Dr. John Martin found out he had cancer through the Butterfly iQ. The doctor decided to test the pocket-sized ultrasound device with his iPhone after noticing an uncomfortable feeling of thickness inside his throat.

Black-and-grey images quickly appeared on his iPhone. While Dr. Martin isn’t a cancer specialist, he says he knew enough to conclude that the dark 3cm mass he saw there was a sign of trouble. His fears were later confirmed when he was diagnosed with squamous-cell cancer.

Butterfly Network is now hoping to go mass-scale with the machine, setting its price tag at just $1999. This is much more affordable than current portable ultrasound scanners which start at around $6000 and use older crystal technology.

The Butterfly iQ does away with that, using 9000 miniscule drums placed on a semiconductor chip instead. This makes it much cheaper and more versatile. Anyone could theoretically purchase the product, plug in their phone, and scan their whole body without any trips to the hospital and expensive medical bills.

Even the diagnosing part could be taken care of by artificial intelligence. Butterfly Network says its software will eventually allow laymen to automatically calculate how much blood their heart is pumping and detect serious issues like aortic aneurisms.