Do we really need a Broadwell chip on a Chromebook? Acer seems to think so

Acer’s Chromebook 15 which is not only the largest option in its series, but also one of the most powerful, is getting another speed bump. A new model of the notebook has been officially launched and it comes with a fifth generation Core i5 processor from the Broadwell lineup.

That’s certainly a lot of power for a Chromebook, but does it really need the extra performance? Well, that’s something for you to decide and the new Acer Chromebook 15 model places itself as a great pick since it’s the cheapest option with a Core i5 5200U dual core processor. Your next best choice would be the Chromebook Pixel 2 that’ll cost you a whopping $999. 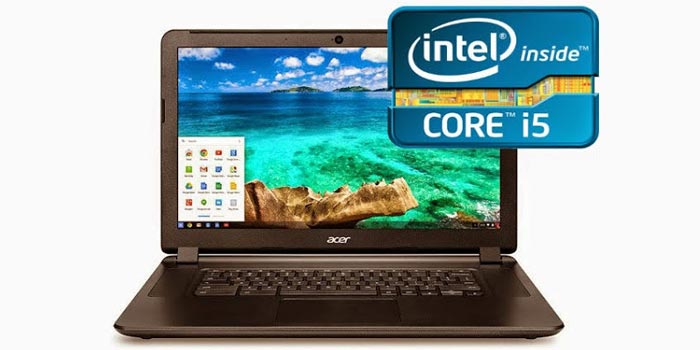 The Acer notebook, on the other hand, is priced at just $499.99, half of what you’d have to pay for Google’s own laptop. The other benefit is that you get a large 15.6-inch display with upgraded visuals of 1920 x 1080 pixels. The notebook is designed to be durable as it can withstands up to 60kg of force and also 45cm drops without having you worry about damages.

The Chromebook 15 C910 weighs 2.2kg and has a decent roster of connectivity options. It comes with a USB 3.0 port, a USB 2.0 socket, HDMI output, a SD card reader, Wi-Fi ac dual band and Bluetooth 4.0. Other features comprise of 4GB RAM, 32GB storage and a webcam.

The Acer Chromebook 15 C910 laptop will be available for purchase in the US from next month.