Never before has a mainstream consumer drone displayed the capabilities that the new DJI Phantom 4 has come equipped with. It’s quite unbelievable but this contraption can fly on its own and even avoid obstacles without asking you to guide it around them.

It does all this with the help of computer vision and sensing technology, and unlike previous drones from the company this one’s recommended for novice users as well. The three main features that make the Phantom 4 great are Obstacle Sensing System, ActiveTrack and TapFly. 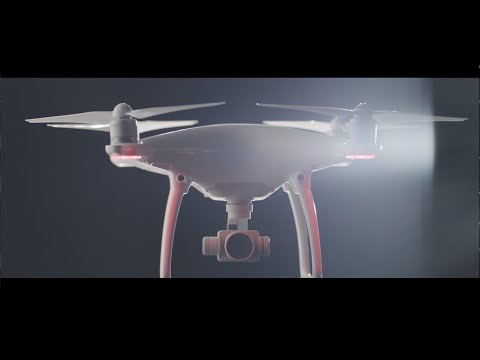 With the help of two forward-facing sensors, the Obstacle Sensing System is able to scan and detect barriers and automatically direct the drone around them. And if the obstacle is perhaps a wall that just cannot be avoided, the Phantom will come to a halt until you redirect it.

ActiveTrack is basically a feature that lets the DJI device track a person or object and follow them around by always keeping the camera centered on them. This is possible with the DJI Go app on iOS and Android devices, which allows users to designate the person or thing to track by just a few taps on the screen. This enables you to get perfectly-framed shots of moving joggers or cyclists.

Not just that; since ActiveTrack makes use of three-dimensional images and machine learning, it is even able to keep the subject in shot when it changes the direction or turns while moving.

The third main attraction of the Phantom 4 is TapFly which enables you to double-tap a destination on the screens of your phone or tablet and dictate the drone where to reach. Needless to say, it will automatically avoid obstacles while following the designated path.

DJI has pushed in some improvements to the RAW video-capable 4K camera of this device as well. It has better optics than before, while it’s even capable of offering better corner sharpness and reduced chromatic aberration. It has been revealed that battery optimizations have resulted in the flight time of the device having increased to 28 minutes.

The final new ability of this drone is a Sports Mode which allows advanced flyers to fly it at speeds of up to 20 meters per second. In this mode, the device also ascends and descends faster.

The new Phantom 4 is already available for purchase via DJI and Apple at an increased price of $1399.