DJI Osmo is quick to enter India, much to filmmakers’ delight

DJI Osmo may look like a next-level selfie stick to many, but in reality it’s a highly advanced filmmaking tool for those who desire stabilized 4K footage without the hassles of rigs. It was launched internationally by the popular drone-making company in October this year, and has already landed in India with a price tag of Rs 69990.

The DJI Osmo has been aimed at delivering the kind of results that a full-fledged camera dolly or a jib arm will offer, without asking you to go through the trouble of setting that much equipment up. Its 3-axis stabilization is the main attraction here, since it compensates for the shakes that occur while traversing through difficult environments.

You can control the Osmo’s movements using buttons on its stick, while its settings can be accessed through an accompanying smartphone for which it provides a mount out of the box. Optional accessories can also be taken advantage of by users to add stuff like an extension arm or a tripod.

The camera on this DJI offering is the company’s very own Zenmuse X3 unit which is also sold separately for its drones. It comes equipped with an advanced Sony Exmor R CMOS sensor (1/2.3-inch) bearing a resolution of 12MP. You can use it for burst photography, RAW shooting, timelapse video, 360-degree panoramas and more. 4K video can be shot on it at 24, 25 or 30 frames per second.

The DJI Osmo is currently available on sale in India at retailers in 10 major cities. The firm’s authorized distributor SSTPL will also ship it to you if you’re not keen on visiting the stores. 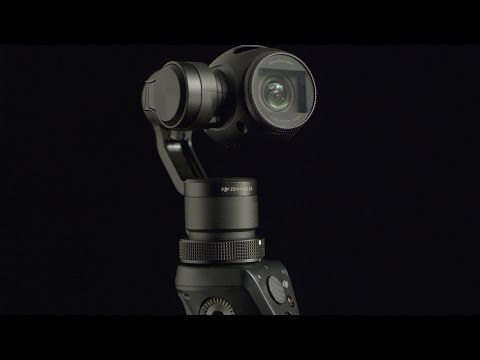