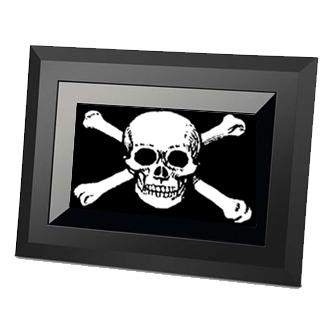 Recently, a powerful virus was discovered in digital photo frames. It has now been identified as a Trojan Horse from China that has the ability to collect passwords for online games.

According to Brian Grayek, head of product development at Computer Associates, a security vendor that analyzed the Trojan Horse, “It is a nasty worm that has a great deal of intelligence.”

The virus has been identified as Mocmex. It can recognize and block antivirus protection from over 100 security vendors and also the security and firewall built into Microsoft Windows.

Other than that the Mocmex virus also downloads files from remote locations and hidden files, which it then randomly names on any PC it infects making it extremely difficult to remove this virus.

Further, this virus hides on photo frames and other portable storage devices that happen to be plugged into an infected PC.

Grayek added that the authors of the new Trojan Horse are well-funded professionals whose malware has “specific designs to capture something and not leave traces.”

“This would be a nuclear bomb of malware,” he stated.

As of now what is known is that this particular Trojan Horse has its roots in China. However, Grayek would not name the group.

Some time ago, we reported about Best Buy selling a particular model of a digital frame which contained malware. However, that was not so serious as the case of this present one.