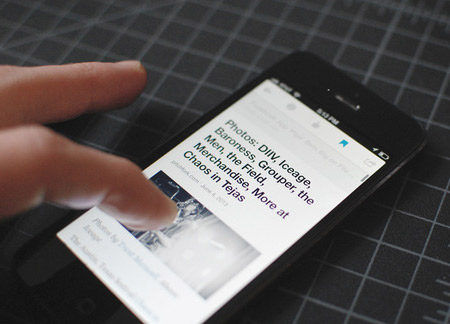 Come June 26 and Digg Reader will be accessible by all those who’ve been feeling slighted by Google’s decision to do away with its popular news aggregation tool. For those who were determined not to be saddled with the task of importing feeds and folders at the last minute, the available alternatives have probably served well enough. So here’s a bit of advice to those who’re yet to do so – hold your horses.

We have two interesting developments worth waiting for. Firstly, Digg Reader is being packaged as the best of Google’s tool made even better. The company’s official blog has confirmed June 26 as it release date as well as noted that those who’ve been using Mountain View’s ‘under appreciated’ RSS utility will be able to import their folders and feeds. While the service is expected to charge for certain advanced features at a later point to time, everything that’s set to be unveiled next week will continue to be free. 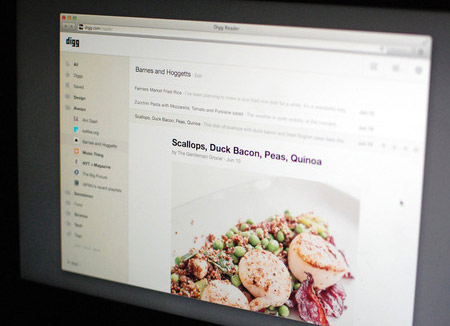 There are a few things that Digg Reader will adopt over the two months post launch. The developers are talking about an Android app to enhance the mobile experience, but haven’t mentioned if it will be released on June 26. There will be integration with Buffer, Evernote and similar third party services too. In terms of personalization, the company will be serving up options for sorting, filtering and ranking feeds or reading lists. The execution of this process will take its cues from the user’s interests, likes, networks and more. 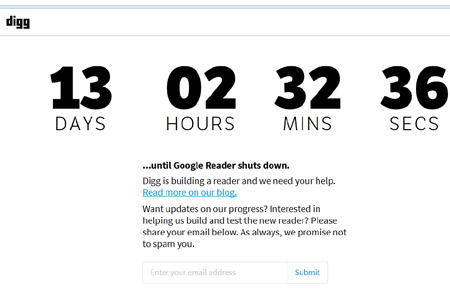 This brings us to Facebook. There are rumors that the social networking giant could be hiding an RSS reader up its sleeves. We won’t know if this is true until June 20 since the only clue we have so far is a piece of code implying the same. Facebook as well as Digg are surely two forces to be reckoned with. So anyone who’s still sitting on the fence about which news aggregation service is the best, may want to stay seated for a bit more time before deciding.

So what do we absolutely hate about this Digg Reader announcement? The false promise that the developers are working on a button which will automatically deliver you a cronut. Now we’re hungry.